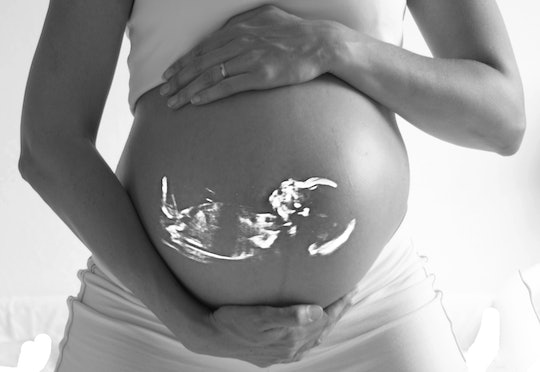 Mom Has A Son With Her Mother’s Womb, Because Science Is Absolutely Amazing

An extraordinary story out of Sweden is giving women who don't have uteruses or whose uteruses aren't compatible with pregnancy hope that they may one day carry children of their own. According to an Associated Press exclusive, a mom had a son with her mother's womb — her mother's uterus was transplanted into her body — and everyone involved is healthy two years later. This type of transplant surgery is relatively new and not always effective, but this example of the procedure's potential for success is a sight that more women born with compromised or missing uteruses may soon have the opportunity to conceive and carry a baby to term.

Emilie Eriksson received a womb from her mother, Marie Eriksson — the same womb from which she was born. According to the Associated Press, Emilie did not have a uterus. Mats Brannstrom, one of the doctors pioneering uterus transplants, accepted them into a trial and performed the surgery. After a few episodes of rejection, Eriksson was stable enough for the medical team to place an embryo from in-vitro fertilization into her donated womb. Within a few weeks, she got a positive pregnancy test and eventually gave birth to now 2-year-old baby Albin. Speaking exclusively with the Associated Press, Eriksson said the success of the operation is surreal:

It's like science fiction. This is something that you read in history books and now in the future when you read about this, it's about me.

The transplant procedure is far from routine. Dr. Alexander Maskin of the University of Nebraska Medical Center (UNMC) told Live Science that surgeons who do uterus transplants find it difficult to teach the procedure to doctors who want to bring it to other hospitals because it's completely unfamiliar territory; few successful transplants have been done so far, and the technique is still being refined. The uterus and blood vessels are both deep within the body; according to Live Science, that means the surgery is inherently more complex than some other transplant procedures.

Right now, most successful uterus transplants take place in Sweden. Eriksson's surgeon, Brannstrom, "is the only person in the world to deliver babies" from uterus transplant recipients, the Associated Press reported. Women in the United States do have reason to be optimistic that the surgical solution could be available to them soon: multiple hospitals across the country are approved to give the surgery a go, and they're learning from every case. Baylor University Medical Center conducted the first living-donor womb transplants in the United States; according to TIME, all four surgeries happened in September 2016. Though three transplants ultimately failed due to compromised blood flow, one woman appeared to be healthy with no signs of rejection as of early October.

Establishing a consistent surgical protocol takes time, and doctors learn from every failed operation. But for women who can't give birth now, news of successful uterus transplants brings extraordinary hope.