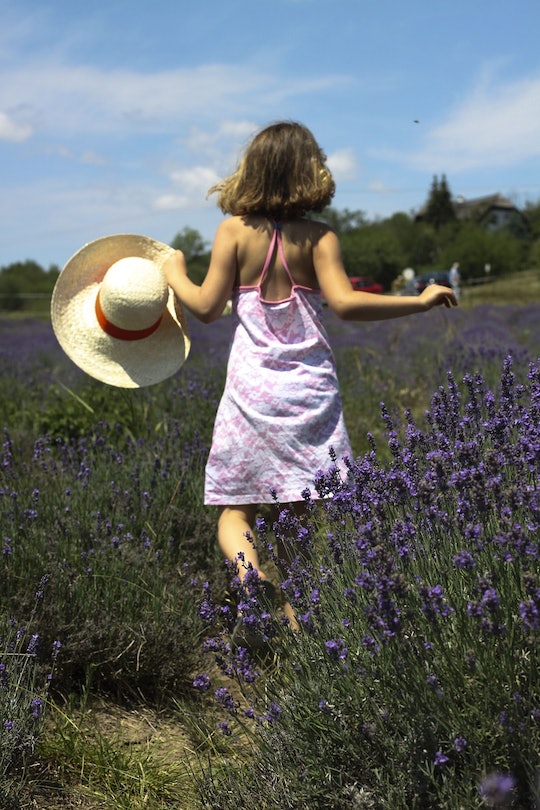 Mom Made A Bucket List For Her 6-Year-Old Who Is Losing Her Sight, & You Can Help

What would you need to see before you lost your sight? That's the question Catrina Frost is trying to answer for her baby. This Phoenix mom has made a visual bucket list for her 6-year-old daughter Cailee, who is losing her sight to a rare genetic disorder.

For now, Cailee's vision is like trying to look through a snow globe," her mom told ABC News. Still, for the near future, Cailee has her vision and her mom intends to make the most of every moment. So she's make a "sightseeing bucket list" to show her baby the world while she still can. There's even a "Cailee's Sightseeing Bucket List" Go Fund Me page that's raised more than $8,000 toward the $10,000 goal.

Here's a bit of Cailee's story from the page.

Cailee has endured 5 surgeries in her little time here already. She is a true fighter and an inspiration to so many! At 3 Cailee started early intervention and began learning how to use a cane with an orientation and mobility instructor. At 4, Cailee began learning Braille and has loved learning the tactile side of life!

Her mom also writes that a friend of her's who also lost her sight says her memories fill her "sight" now, which inspired "Cailee's Sightseeing Bucket List." They've already had adventures to the beach and to Disneyland.

They were contacted through their Go Fund Me page by a Disneyland cast member who took the time to set up meet and greet opportunities with every single Disney Princess. Every single one. Pretty amaze. "It was the happiest I'd ever seen Cailee," Catrina told BuzzFeed. She told BuzzFeed she also wants to take Cailee to New York Fashion Week, to see The Nutcracker, and show her the Redwood forest.

These trips are helping prepare Cailee for a time when she can no longer see, something Catrina said her daughter will be ready for.

"Cailee is this unbelievable, heartwarming, magical little girl," Catrina told ABC News. "Nothing keeps her down. She doesn't even recognize that she has a visual impairment."

If you want to follow Cailee and Catrina on their journeys you can go to Cailee's Corner on Facebook.