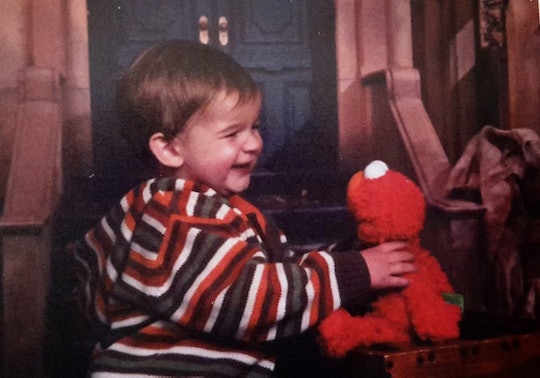 Elmo is a household name for almost any family with a toddler in the United States, but for one Tennessee mom who was reunited with her son's missing Elmo doll, it's much more than a popular Sesame Street character. For Candy Scarbrough, the toy has resurfaced beautiful memories of her son more than a decade after his death.

Back in June 2017, Scarbrough took to Facebook to share a photo of her late son Tucker, noting that her toddler had lost the doll in 2007 during a J.C. Penny photoshoot. "As you can see, he LOVED his 'Melmo'. It was his comfort buddy," Scarbrough wrote, adding that she "searched high and low" to replace the lost doll with another "raggedy Elmo clone."

“It was awful! [Elmo] was old and scruffy, so I couldn’t just go to the store and buy a new one,” Scarbrough told People. “I think I ultimately ended up finding one maybe on eBay to try and replace it. I called the studio and whoever answered said that they didn’t have it, so I just gave up on that.”

Still, the Elmo doll continued to hold a special place in Scarborough's heart. That's because Tucker — who was born with congenital heart defects and died in 2009 at almost 4 years old — loved the toy beyond measure, and it was one of the few things he'd respond to after suffering from a stroke, according to WTHR.

So you can only imagine how thrilled Scarborough was when she received a message from the former J.C. Penny studio photographer after posting about the stuffed animal in June. As Scarbrough tells Romper in a Facebook message, she met photographer Megan Flanagan through their work with moms and babies. "Megan and I actually met through working with moms," she explains. "I am an IBCLC (International Board Certified Lactation Consultant), and she does breastfeeding photography. We love moms and babies."

The serendipitous message from Flanagan read: "I worked at JC Penney’s portrait studio in the West Town Mall during the time we had the Sesame Street set. I took many many photos of kiddos with that background. An Elmo was left at our studio during that time. Four or five years later when I left the studio in 2010, I took Elmo with me as he was a smile making tool I utilized for thousands of babies."

The note continued, "So many smiles were captured because of that Elmo and when I left the studio to begin my business I asked the district manager if I could take it with me. She said sure. I put it in a box of memorabilia and still used it time to time to make other kids smile. Years later I met you. Several weeks ago you put up a post that your late son had left a Elmo at the JC Penney's studio. Has this story come full circle? Could this be his Elmo?"

Scarborough later revealed Flanagan returned the long-lost Elmo to her just one day before what would have been Tucker's 14th birthday. "As soon as I got the bag, I had to open it right then, and I guess I was surprised by how the emotions did overwhelm me,” Scarborough told People. “I just couldn’t help but smile. I guess it’s almost like a piece of my son was coming back to visit. I’ve said that it was almost like a message.”

Although Tucker is no longer here, Scarborough feels comfort in knowing his story lives on. "I'm so happy a piece of his life is being shared with so many," she tells Romper.