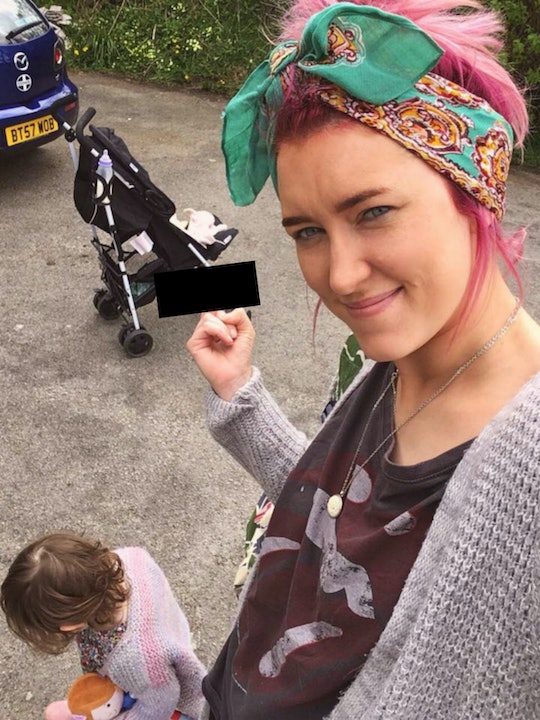 This Mom Just Got Real About "Pram Snobbery"

In another instance of British people being completely charming and honest, a mother from Cornwall, England recently shared a refreshingly honest post that has now gone viral, with over 12,000 shares in the past week alone. Given that her post is completely relatable, it isn't really surprising that she's received such an enthusiastic response. Because this British mom says "pram snobbery" is real, and she's completely right.

Gylisa Jayne is a blogger in the United Kingdom who has never been one to shy away from "real talk about motherhood," as her Facebook page indicates. She is a mother to one insanely adorable daughter, and regularly publishes honest and opinionated posts to her Facebook and Instagram pages. But it was her recent post about "pram snobbery" that's been making international headlines.

In Jayne's blunt take on the extraordinary cost of having a baby, she explains that the first pram (or stroller) she bought for her daughter was second-hand, but that when her little one quickly grew out of it, she decided to go to the store to buy a new one. It was then that Jayne discovered the ridiculously high price tags most new prams carry, as well as the confusing world of "pram snobbery" that often comes with them. And while Jayne recognizes that there's nothing especially wrong with wanting to have the best for your kids, her post serves as an important reminder that not all parents can afford a pram or stroller that costs more than they would spend on a month's rent.

Describing her experience shopping for a new pram while she was pregnant, Jayne wrote, "When you see the price that they are charging for a baby carrier, your excitement for the future literally drops out of your a---hole." Truly, some strollers and prams can cost exorbitant amounts of money, something Jayne is not here for.

In fact, when Jayne finally ended up making the decision to buy a new pram, she found a good deal at an Aldi. "After parting with a solid £40, I was excited to join the 'New Pram' club," Jayne joked.

Unfortunately, it was then that she also discovered "pram snobbery" — basically the notion that having expensive prams is almost like a status symbol to some, with parents scrambling to have the most luxurious of the bunch. But she also was sure to point out that "pram snobbery" isn't as bad as you might think.

I think it's more that, to some people, having a flashy pram is "their thing," you know? Other people are into baby gadgets, or nursery decor, or how they dress their baby! I do think pram "snobbery" is a thing, but I certainly don't judge anyone for it. I think we all buy into this because we want "the best" for our kids. We think the more expensive the stuff - the better it is.

In other words, sure — some moms and dads might have "pram snobbery" and think their fancy stroller solidifies their high "status" among their particular group of peers. But in reality, don't we all sort of do that? Give our kids the best sneakers, because they'll look fresh AF? Make sure that they have only non-GMO organic fruit snacks in their lunchbox, because everything else is just not up to "par?" Pay way too much for a holiday vacation so they have cooler vacay photos than their friends' parents can scrounge together? Even if we do it subconsciously, it's still there, you've got to admit.

Jayne's right — sure, stroller prices are a pain. But really, no matter what kind of pram, crib, or car seat you use, being a parent is about more than passing judgment.