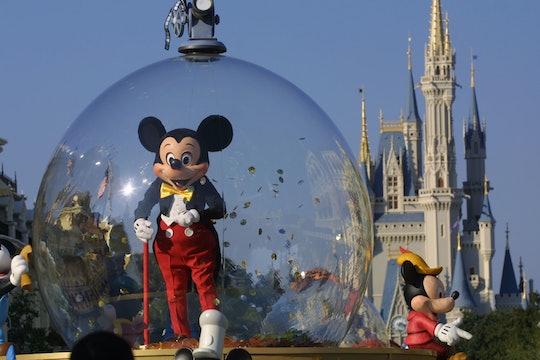 Being a working mom is tough, especially when you’re trying to juggle everything from your finances to pay for everyday necessities, and being able to spend a little extra to have a good time with your little ones too. The latter is much harder to swing for a lot of people — not just parents — so sometimes you have to be a little creative to make these memorable moments happen. For example, one mom used GoFundMe to raise money to take her daughters to Disney World, and they should be on their way to Orlando pretty soon since she’s already surpassed her goal.

Initially, Nikki Smith — a mom of two from Bristol, England — was the subject of internet outrage and horrifying tabloid headlines when she started her campaign on the crowdfunding site, asking for £5,000 (about $6,000) to pay for the vacation, according to The Sun. The 33-year-old mom took the page down briefly after it went viral and Smith faced harsh backlash, but last month she relaunched it and has since raised thousands of dollars from supportive donors.

“I’m traumatized by the abuse and negativity I have received and only put this back up because a lot of people said I should. I won’t let anyone bully me into taking it down,” Smith wrote on GoFundMe. “Online trolls are hurtful and cruel, I haven’t hurt anyone and I was only trying to fulfill my children’s dreams. Thank you to all who have been so kind to me.”

“I will not be shamed because I wanted to do more for my children,” she concluded the post in bold letters.

And why should she be shamed for using the popular crowdfunding site? According to the site, it can be used to raise money for anything ranging from life events such as celebrations and graduations to challenging circumstances like accidents and illnesses. Most could agree that a trip to the happiest place on Earth certainly falls under a celebration, especially for two little girls who "love anything Disney," as Smith wrote.

In fact, people have asked strangers to fund much more far-fetched things on GoFundMe than Smith did. As College Humor pointed out, one guy started a $5,000 campaign to become a "professional YouTuber" and another guy asked the internet to pay $900 for his overdraft fees. So, what's wrong with a working mom using the site to give her kids a memorable vacation? Absolutely nothing.

If people don't think she's using the site for the right purposes, then they can simply not donate and move along. In the grand scheme of things, those who wrote nasty comments were a just small percentage, but their hateful outrage got Smith the attention she needed to raise £6,685 (a little less than $8,400). So, well done trolls, well done. You've made two little girls' dreams come true.