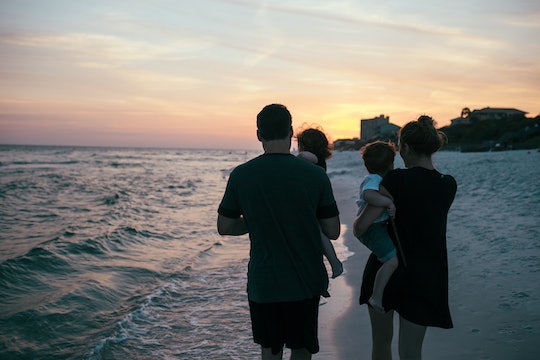 Moms Have A Favorite Kid For One Very Interesting Reason, New Report Shows

Any parent who says they don't have a favorite is probably lying but it turns out that moms have a favorite kid for a reason. Admit it, it's science. A new study shows that mothers don't just feel closer to one kid than another, but they also can't be swayed. So if you're a grown up trying to get on your mom's good side still, it's totally useless. The study looked at 381 older mothers with at least two living adult children and studied the bonds between them. Most moms felt closer to a child that shares their belief system, like politics and religion, but that's not the only reason. Shared values were the biggest but other things, like taking care of a mom when she's sick or even the distance a child ends up living from their parents also factor into favoritism.

There's also something to be said for gender. The researchers found that mothers were three times as likely to feel closer to a daughter than a son, but that can't be true since my mom definitely loves my brother more. The mothers in the study also reported having the most conflict with a daughter, which obviously stresses the relationship and factors into the closeness.

But there really is no set formula for being the favorite child, according to the research. Usually, the eldest child feels like they are the favorite and the younger ones feel rejected, but that's not always the case. It's much more complicated than that, but it's difficult to quantify. Also, the perceived favoritism might not always be accurate. For siblings, everyone usually feels that the other person is getting more attention — which is probably the best way to keep the peace in the household.

You don't have to feel guilty if you secretly prefer one child over another one — just don't tell them about it. The research also shows that once favoritism is perceived among kids, it can strain the sibling relationship even into adulthood. Dr. Barbara Howard told The New York Times that the more a child feels left out, the more they act out to get the attention of the parent, which in turn makes the parent feel bad. It's a totally vicious cycle for everyone involved. Howard suggests that planning alone time with all kids is the only way to remedy the situation and make sure every feels like their getting the attention they deserve.

It's not easy though to fix hurt feelings, but at least you can rest easy knowing you're not alone in having a preference.