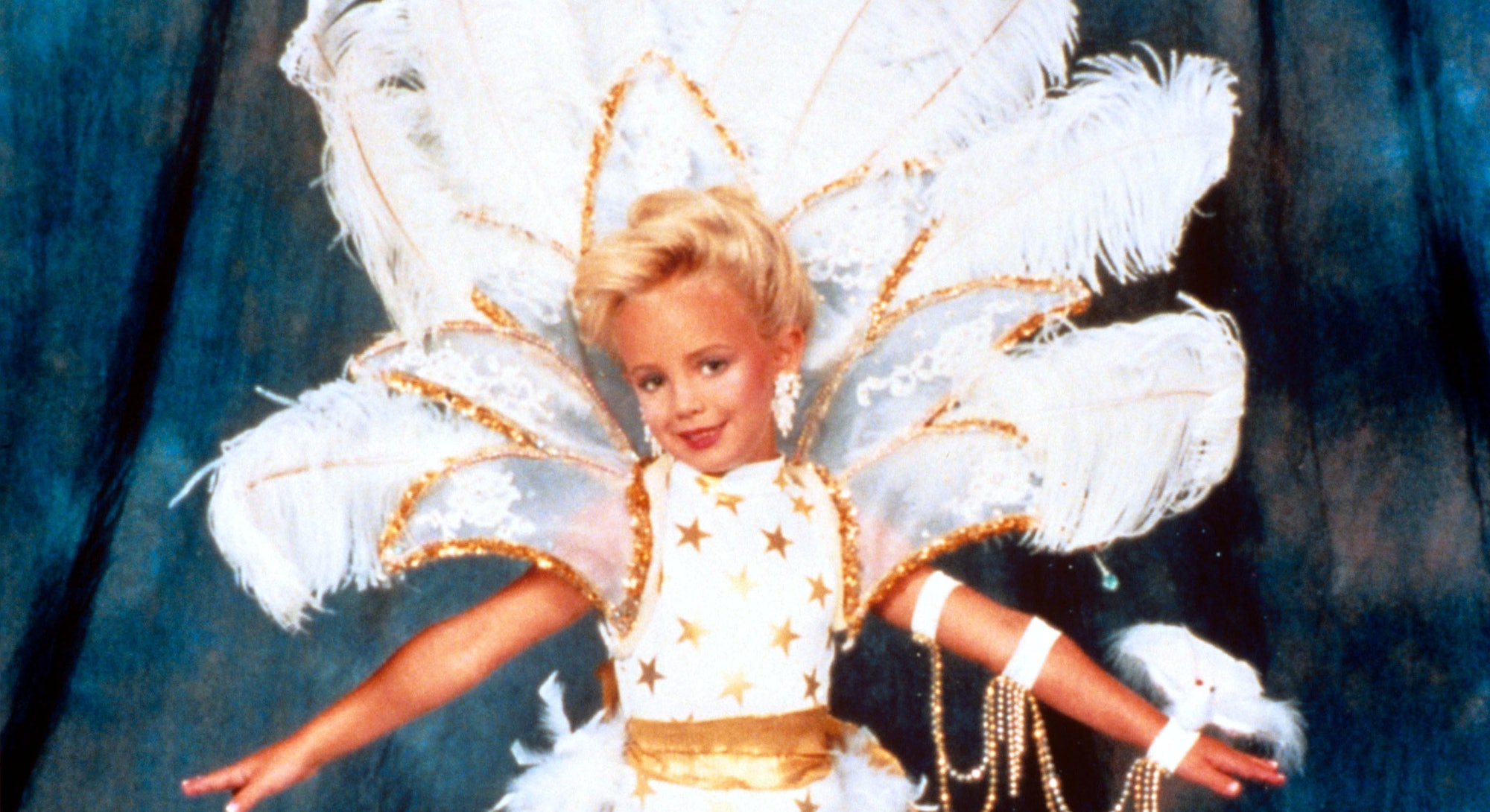 Every week, stay-at-home mom friends Melissa and Mandy pull up to microphones in their respective houses. When the kids are asleep or while the husbands are on duty — or whenever they can sneak in a little time — they talk about murder.

When Melissa’s kids were little, she liked to put in earbuds and listen to true crime podcasts while nursing or doing laundry. Later, she came up with her own podcast called Moms & Murder. Her playgroup mom friend Mandy was bored and joined up.

Now going on two years later, the charming podcast Moms & Murder boasts 700,000 monthly downloads. Most of the podcast fans are moms. Their collective fan base, called “mums,” gather on Facebook to discuss recent episodes, topic ideas, and the ins and outs of cases.

The two friends don’t get super gory, and — with the exception of Casey Anthony, whose trial took place in Melissa and Mandy’s city Orlando — they don’t typically cover stories in which bad things happen to children. It’s too much to handle.

She’s referring to an incident in 1996 when two men — one of whom said he was 500-year-old vampire named Vesago — murdered the mother and father of another cult member.

“When I was pregnant, I remember binging on Dexter and Law & Order: SVU like it was my job,” says Melissa in an interview with Romper. “When I had my daughter, I was like: I can’t. This is somebody’s kid. Anything involving small children or sexual abuse, I can’t hear it.”

“We don't do a lot of rape stories or dismemberment,” says Mandy. “We try to find cases that have some kind of interesting element — vampire cult killers and things of that nature.” She’s referring to a 1996 incident in which two men — one of whom said he was 500-year-old vampire named Vesago — murdered the mother and father of another cult member.

Gone are the days when murder and serial killer fandom was the purview of goths and weirdos. Melissa and Mandy — who don’t share their real names with their listeners — are just two of many moms who talk about murder in a public forum. Afterward, they make dinner and put their kids to bed.

Recent studies and market research reveal that women disproportionately love true crime, but these studies have not targeted moms specifically, nor, for that matter, have they tackled race or socioeconomic status. Author Rachel Monroe argued in The Guardian that today’s true crime outlets favor stories about middle- to upper-class white women, and that the demo reflects that selectiveness.

When it comes to moms specifically, we know anecdotally that they love true crime, and that it would behoove advertisers to study this faction more carefully. Moms alone have $2.4 trillion in annual spending power, per Forbes. Melissa and Mandy said their sponsors — which range from the therapy app Better Help to Rothys shoes — are always thrilled by their mom angle, even though their podcast is very clearly about murder.

NBC’s Oxygen Network saw the value in true crime and has grown exponentially since rebranding from different female-geared reality programming in 2017. (Full disclosure: I worked at Oxygen Networks as senior digital producer from 2013 to 2017.) Oxygen’s comedic podcast Martinis & Murder has a major mom following, according to John Thrasher, who hosts the podcast with Daryn Carp.

“A lot of moms do listen to the show,” Thrasher tells Romper. “Both Daryn and I often get comments and social media mentions about people listening with their moms or with their kids.” Still, he was surprised by the turnout from moms at CrimeCon. “They had driven from hundreds of miles away just for this special trip.”

CrimeCon, the four-year-old crime convention that sells out every year in various cities, boasts about 80% women in attendance, according to founder Kevin Balfe. The women are predominantly white, based on Balfe’s observations, and the average age is about 39 (prime post-toddler mommy age!). About two-thirds of the visitors travel for the convention, he said, implying — though not proving, per se — that the women have some disposable income. Kids are not allowed, so it’s hard to say how many visitors are moms.

“I think when people go, they’re often surprised by what the crowd looks like and how they act,” said Balfe. “People hear ‘-con,’ they think Comic-Con. People would not be allowed in doors dressed as serial killers. It’s a really respectful environment, victims, families, law enforcement, all coming together for their own reasons. … Every other true crime show or piece of content is heavily tilted toward women. I've been asked ‘why’ a million times, but I have no idea.”

Women prefer their victims to be female, whereas men don’t care either way.

CrimeCon enthusiast and full-time accountant Wendy Callaway started an online group called the “Cupcakes” when she noticed that many women were traveling alone to CrimeCon and felt unsafe. Callaway would vet every member of the group and encourage them to buddy up with one another. All of the “Cupcakes” are women, and roughly 80% are moms.

“People who don’t have children are less common actually,” Callaway tells Romper. “Women could join that group and get to know each other and say stuff you can’t put on a public page.”

Overall, community is a major part of true crime fandom. It’s a good place to find a mom tribe.

“It’s probably one of the reasons why Comic-Con found success,” said Balfe. “You don’t have to explain why you like these things. You can show up and say ‘these are my people.’ And you can let go.”

In 2010, social psychologist and professor Amanda Vicary conducted a study about true crime fandom at the University of Illinois Urbana-Champaign. She found that men gravitated toward stories about war, gang violence, historic genocide — stories that are large in scale but relatively anonymous. Women, on the other hand, preferred crimes with personal arcs, backstories, and psychological profiles. Women prefer their victims to be female, whereas men don’t care either way.

Vicary tells Romper that women have loved true crime for a long time, mostly in book form. It’s only recently that we have online communities and podcast listenership data to make this fact more visible.

Podcasts are a boon to women, since they tend to deep-dive and offer every angle, according to Vicary. Podcasts aren’t just a gory, sad headline; they’re immersive worlds complete with friends. Not to mention, you can listen to a podcast anytime, anywhere. Even when the children are around.

“They are usually a long story, very in-depth, and a way to talk to other people,” says Vicary.

I started researching the boy in the box.

Then, there's the survival element. Some women listen to true crime as a form of self-protection, whether conscious or subconscious, according to Vicary. While her study did not isolate moms specifically, Vicary posed some quick theories.

“I found in my study that women compared to men were more into books that contained what signs to look for, or escape techniques. All of these seem to be about surviving or preventing a crime, which may be why women are into it,” she says. “For moms I could see it going both ways. I could see why moms would not like true crime because of the potentially upsetting nature of it. It’s a reminder of the world we live in. Or, maybe they love true crime because, on some level, they are trying to protect their children.”

Allison Weaver is a mom and a true crime mega-fan who is particularly interested in missing persons cases. She listens to every crime podcast from Vanished to Generation Y to Unsolved Murders. She is studying to become an investigative journalist so that she can help victims and families.

“I started researching the boy in the box,” recalls Weaver of the case that got her into true crime around age 11 or 12.

In the tragic story, a young boy at about age 4 was found severely abused and dead in a box in Philadelphia in 1957. Police followed many leads, but the case is still unsolved and the boy was never positively identified.

“I remember researching it, and I wanted to solve it so bad,” Weaver says. “I remember becoming obsessed.”

Becoming a single mom of two kids didn’t make Weaver squeamish about stories of malnourished children and — in fact, she works in a funeral home and sees dead bodies on a daily basis. However, she feels more protective than ever.

“Knowing what I do about true crime, it makes me more aware of what can happen,” says Weaver. “I think I’m more guarded about [my kids] doing things. I don’t want them outside playing alone.”

We all have a baseline belief that the world is good, and find satisfaction in blaming people when things go wrong.

Not all moms are as virtuous as Weaver, however. Case in point: myself.

I love true crime podcasts because I get to hear about the absolute worst stuff from an omniscient distance. Outwardly, I'm nice. Secretly, I love schadenfreude and judging other people. To get through motherhood, I have to experience smug satisfaction from time to time as a means of surviving my own indignities. True crime gives me carte blanche to forget how much poop I cleaned up today so that I can hate on other peoples’ decisions. I can convince myself that I’m smarter than the parents who let their kid be a paperboy only to get kidnapped, or the Mormon parents who both had affairs with their daughter’s abuser (oh my God, did you see that documentary?!), or the mothers who created serial killers on maternal abuse. None of this could happen to me… right? (I don’t actually believe that’s true, but the brain is a tricky bi*tch.)

In response, Vicary pointed to the “belief in a just world” theory, which states that we all have a baseline belief that the world is good, and find satisfaction in blaming people when things go wrong. Often this theory is used to blame victims, like homeless people, or parents who lose their kids, ameliorating our own sense of vulnerability or fallibility by referring the blame outward. A serial killer with an interesting backstory makes for an easy villain in the subtle battle of us versus the chaotic universe. Whatever is wrong with the world, we need someone to blame so that we don’t feel helpless against random chance.

This resonates. But, in the end, does it really matter why women love true crime? Are we analyzing this to the point of lunacy, or even bigotry? Unless we’re all trying to sell these women shoes or spa packages, why should anyone care why people like what they like?

Balfe said he’s seen media try to pick apart the psychology of women who love true crime to the point of shaming them. There’s nothing wrong with turning our heads away from the baby monitor every now and again so we can watch another documentary on JonBenét Ramsey.

“That’s where we’re running into a problem,” said Balfe. “When it’s disguised, but it’s really saying that you’re a freak.”