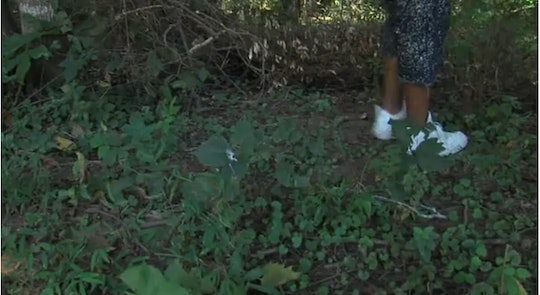 The last thing any parent wants to hear is that their child might be unsafe or uncomfortable due to their environment, whether at home, at school, or at the local park. Unfortunately, for parents in North and South Carolina, these fears are real as ever. More creepy clown sightings in the region of late have left families nervous to let their children stray very far — and furthermore, prove parents should definitely be talking to their kids about strangers and how to stay safe.

Clowns, really? I know it sounds a little hard to believe, but it's the truth. What used to be hilarious and entertaining costumed characters are now becoming a representation of fear for residents of the Carolinas and where the clowns have been spotted. According to WHNT News, three more creepy clown sightings have been reported in the Piedmont Triad Region in North Carolina, just in the past four days — and it's only Wednesday.

Three separate people reported sightings of people dressed as clowns from three different places in the state — one clown was spotted near an apartment complex, another near a high school. Only one person reported a clown carrying a weapon. It is unclear whether or not these recent sightings are linked. According to People, these sightings are among the other creepy clown sightings reported in South Carolina in late August. "If this is a hoax or publicity stunt, it is not funny," Greensboro police spokeswoman Susan Danielsen told People. "It is alarming to the public and a drain on police resources. We don't know anything at this point, because we haven't had the chance to interview any clowns."

While very scary and confusing, these sightings do however, bring up a great opportunity. Now, more than ever, is a great time for parents to talk to their children about "stranger danger" — a simple concept that reiterates the age old adage, "don't talk to strangers." Now, I'm not suggesting that parents should tell children that all clowns are bad or have their child develop an early fear of clowns. I am suggesting, however, to teach them that these clowns might not be so friendly and if they see something, they should say something to an adult.

In other words, according to the National Crime Prevention Council, one of the best ways for parents to teach their children about this is using the "No, Go, Yell, Tell" rhyme. This teaches kids that in potentially dangerous situations they should say no, run away, yell as loud as they can, and tell a trusted adult about what is going on.

While the clowns have not committed any crimes, according to CNN, in one South Carolina town, someone reported that a clown had tried to lure children into the woods. Yikes. Therefore, it is best to have a conversation with kids about this potential harm. No parent should ever have to feel that their child is unsafe — especially around clowns or in their local park. Unfortunately, for parents and children in the Carolinas, this is a reality.