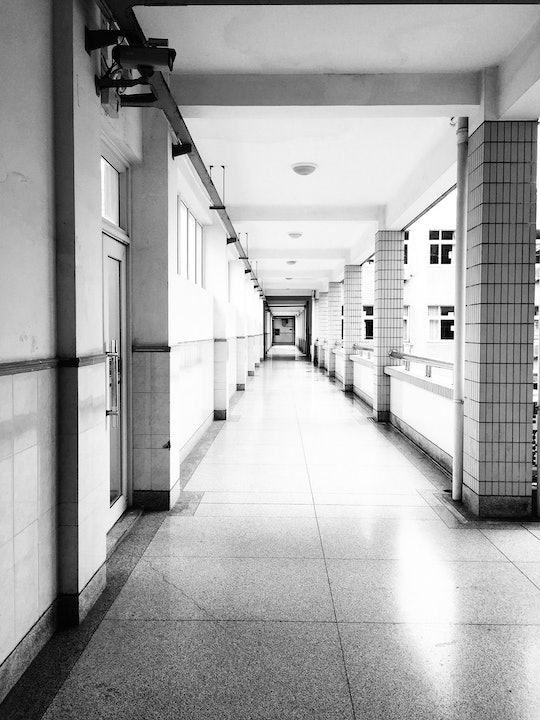 More Middle Schoolers Are Dying From Suicide Than Car Crashes, & It's A Serious Message

In recent years, mental health has become much more discussed among students of all ages. But it's clear that we aren't doing enough to address and prevent mental health and suicide in one particular age group. According to a federal report released Tuesday, more middle schoolers are dying from suicide than from car accidents.

Between 2007 and 2014, the annual rate of children ages 10 to 14 dying due to suicide doubled from 0.9 to 2.1 per 100,000 children. By contrast, the number of annual deaths due to car crashes among children in that age group declined to 1.9 by 2014, according to the Centers for Disease Control and Prevention. In real numbers, that means that in 2014, 425 middle schoolers took their own lives, compared with 384 who died in car accidents.

According to Fortune, this is a stark difference from the relative rates of 1999. That year, the number of kids lost to car accidents was four times as high as those lost to suicide. While it's great that car accident deaths among middle schoolers are declining, it's heartbreaking that more middle schoolers are taking their own lives. Especially because youth suicide is something that can potentially be prevented if children are given the proper education, resources, and support from parents, school administrators, and their peers.

This is a huge problem. We know suicide is an issue with growing importance, especially among youth, whose well being is often entrusted to adults. And it's not enough to provide support as parents or peers. Children need to be taught about mental health and suicide in a supportive, structured environment like a school. The first step to curbing the increasing rate of suicide among middle schoolers will be to educate them. That will require a specific plan and program outlined in the law.

If you're struggling with thoughts of suicide, you can reach the U.S. National Suicide Prevention hotline at 1-800-273-8255. International hotlines can be found here.