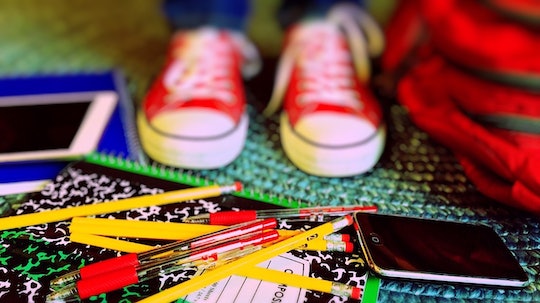 New data released by New York City school officials shows more parents than ever are actively participating in their kids' school lives. So what's causing the change? NYC Mayor Bill De Blasio's approach to education is getting a lot of the credit and could serve as a model for the rest of the nation. Thanks to a variety of small changes more parents are getting involved at their kids' schools — and that's great news.

The gains in parent participation in NYC schools are significant, according to a report from the New York Daily News. City Schools Chancellor Carmen Fariña told the Daily News there are thousands of new parents attending conferences and meetings with teachers and administrators.

"Reaching every parent, grandparent and guardian of our city’s children is essential and I am proud of the incredible growth we’ve seen," Fariña said, according to the Daily News. "Families are valued and respected partners — regardless of their home language and the zip code they live in."

When Bill De Blasio first came into office in 2014, he spearheaded outreach efforts that expanded translation services so parents could get information about their child's progress at school regardless of their native language, according to the Daily News. Other reforms included more time for conferences and other parent communications. And it's reportedly working like a charm.

During the 2013-24 school year — the last year De Blasio's predecessor, Mayor Michael Bloomberg, was in office — there were a total of 1.44 million parent-teacher conferences, according to Fariña. De Blasio's programs are getting credit for boosting that number significantly to 1.98 million in 2015-16 school year. New York City schools are also increasing the number of other in-school meetings and workshops to get parents involved at school.

So why do these number matter? Because research shows when parents are engaged with their kids' school, student performance improves. It improves a lot, in fact. According to research done in 1994 by Henderson and Berla, Education.com reports, the most accurate predictor of a child's educational prospects hinge on their parents' ability to create a home environment that supports school, have reasonable expectations for their kid's achievement, and finally, become involved in their child's school.

Here's what Education.com said about the correlation between parent participation and student success:

Henderson and Berla (1994) reviewed and analyzed eighty-five studies that documented the comprehensive benefits of parent involvement in children's education. This and other studies show that parent involvement activities that are effectively planned and well implemented result in substantial benefits to children, parents, educators, and the school.

In short, when parents spend time at their kids' school, magic happens. Now, New York City schools appear to have a model that actually works when it comes to encouraging parents to get more involved. Hopefully these positive results can be expanded beyond New York to help kids, families, and schools across the country.