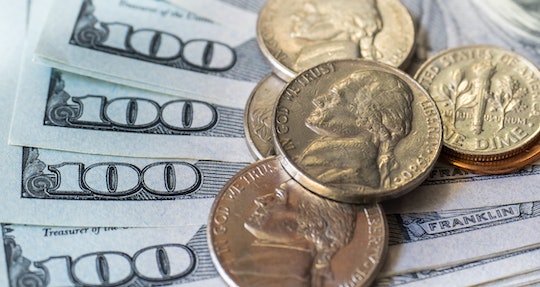 Coronavirus Relief Could Expand To $2,000 Monthly Payments Under This Proposed Bill

More than 80 million eligible Americans are said to have already received their Economic Impact Payments, known more commonly as coronavirus stimulus payments. But for many, the one-time $1,200 payment won't stretch far enough to cover all of the bills pilling up due to the ongoing coronavirus pandemic. However, more stimulus payments could be coming if Congress approves the Emergency Money for the People Act, which seeks to not only increase stimulus payments, but boost the number of people eligible to receive them.

"A one-time, $1,200 check isn't going to cut it," Rep. Ro Khanna of California said earlier this month when unveiling his and Rep. Tim Ryan's Emergency Money for the People Act. "Americans need sustained cash infusions for the duration of this crisis in order to come out on the other side alive, healthy, and ready to get back to work."

If passed, the Emergency Money for the People Act would guarantee every American age 16 and older who makes less than $130,000 a monthly stimulus payment of $2,000 for at least six months. Married couples who earn less than $260,000 would receive a combined $4,000 a month while eligible families with children would receive an additional $500 per child (for a maximum of three children) each month. After six months, payments would renew for an additional six months unless the employment-to-population ratio returned to the level last seen before the coronavirus pandemic.

That means a married couple with three children and an income of $175,000 could see at least six monthly payments of $5,500 should the bill be approved.

However, unlike the CARES Act, which granted taxpayers who earned less than $75,000 in 2019 a one-time payment of $1,200 but excluded dependents older than 17, the Emergency Money for the People Act would include college students and adults with disabilities who are claimed as dependents. According to Khanna, the bill would see eligible dependents such as college students receive the $2,000 monthly payment while their parent or guardian received the $500 dependent credit.

The bill would also enable individuals whose 2018 or 2019 tax returns recorded an income greater than the allotted threshold but who, through job loss or pay cuts, now qualify to submit at least two consecutive months of pay stubs as a means of verifying their income eligibility.

It also aims to make it easier for eligible individuals to get their stimulus payments. The legislation calls for payments to be offered in the form of a direct deposit, check, pre-paid debit card, or through an electronic transfer app like Venmo, Zelle, or PayPal. Additionally, the bill specifies that the proposed monthly $2,000 stimulus payments can not be counted as income, effectively protecting vulnerable families from becoming ineligible for other income-based state or federal assistance programs.

Congressional lawmakers behind the bill have characterized it as much-needed relief for those hit hard by the economic consequences of the coronavirus pandemic. "The economic impact of this virus is unprecedented for our country," Ryan said in a recent statement. "As millions of Americans file for unemployment week over week, we have to work quickly to patch the dam – and that means putting cash in the hands of hard-working families."

For now, however, the Emergency Money for the People Act remains merely a proposal. Despite being introduced to the House of Representatives on April 14, it's unclear when, or even if, a vote on the bill will even happen.