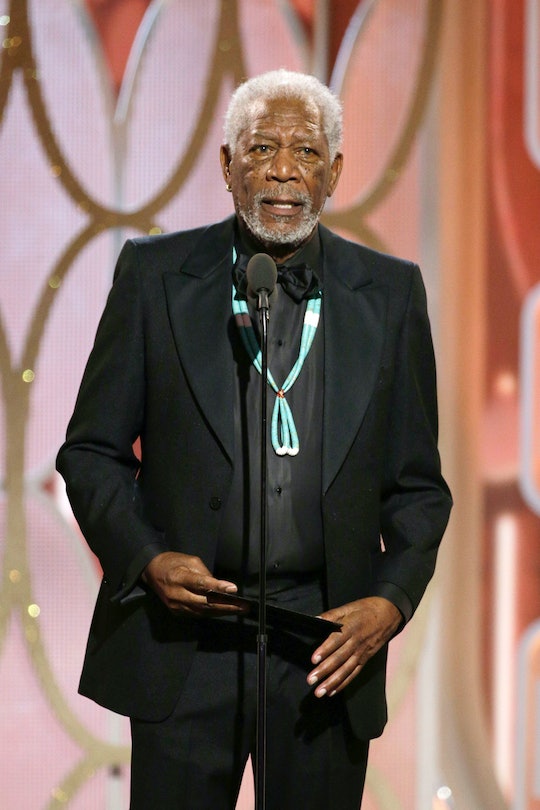 The Golden Globes is all about talent and style. Everyone is just as excited about who wins the awards as they are about what all the stars are wearing, and celebrities tend to dress to the nines. Which is why Twitter seemed a bit perplexed: what was Morgan Freeman wearing around his neck? I mean, I'm pretty sure most everyone can agree that Freeman is one of the most respected, talented, and hands-down awesome actors out there; he can basically do what he wants. But that does not leave him immune to some tweets questioning his fashion choices for the evening.

If you ask me, it looks like Freeman is wearing Croakies — you know, the strap you put around your sunglasses so you don't lose them at the beach. Other Twitter users have hypothesized that his turquoise tie is a Native American necklace called a jacla, a medal of honor, a Life Alert, or just an interesting statement piece.

In my mind, Morgan Freeman can do no wrong. But this choice was, well, a bit confusing. I'm not quite sure what exactly he was going for with this piece, but more power to him. Dude's got his own sense of style and he's not afraid to rock whatever he wants to wear!

Here are some of the best tweets that compare Freeman's tie to many things:

Morgan Freeman can do whatever he wants.