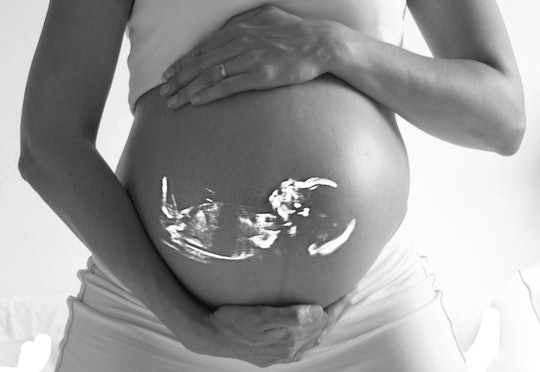 How One Terminally-Ill Baby Is Saving Others

Keri Young can feel her unborn daughter kick, measure her growth, and see her moving in the sonogram screen — but a few weeks from now, when the little one finally makes her debut, Young and her husband Royce know the celebration will be short-lived, if it's celebrated at all. As the couple revealed in an interview with Good Morning America on Wednesday, Young and her husband, an ESPN sportswriter, found out back in December that their daughter did not have a brain, although she appeared to be otherwise developing as normal. Despite the heartbreaking prognosis, the mother of one decided to carry her terminally-ill baby to term anyway, all so that her daughter might be able to save others instead.

"The ultrasound tech came in and said, 'Your doctor wants to see you immediately,'" Young said, recounting the moment she and Royce learned of her daughter's condition, at a 19-week ultrasound appointment. "I mean, she just literally opened the door and said, 'I'm really sorry to have to tell you this, but your baby doesn't have a brain.' And then we both totally lost it. The first 48 hours were very dark and very heavy and very testing."

In the days and weeks that followed that appointment, Young said she and Royce debated their options, considering an early induction to terminate the pregnancy at one point.

"You can be the most pro-life person in the world, but until you sit there and you, you hear those words and you look at your future going forward, that's when you have got to face the reality and make your own decision," Royce said. The couple, who already have one son, told GMA that their eventual decision to carry their daughter to term in order to donate her organs to others brought with it a sense of "freedom."

"The whole time it was very much ... 'How can we limit regret? What will we regret the least?'" Young said. Royce added, "We're going to focus on donating her organs and we're going to be her parents. There was freedom in that [decision]. I think that that kind of lifted a weight off of our shoulders. And that's when ... I think we did kind of start to feel happiness."

The Youngs' daughter specifically suffers from a condition called anencephaly, a rare defect which affects approximately 3 in every 10,000 pregnancies in the United States each year, according to the Centers for Disease Control and Prevention. The condition occurs when a fetus' neural tube — which, once closed, helps promote brain development — fails to close completely, causing the fetus to be born without the forebrain, as well as "the thinking and coordinating part of the brain," the cerebrum. These babies are usually born without skin or bone (skull) covering the remaining brain tissue.

However, most fetuses still continue to develop normally otherwise, though they do not survive long following delivery. The Youngs knew this, telling GMA this week that they had come to terms with the fact that their time with their daughter would be brief.

"You can make plans, and you can prepare yourself, but once we kiss her and say goodbye, she's gone," Royce said. "It is final."

Once that happens, the Youngs will be able to donate their daughter's organs to those on the organ transplant waiting list; According to a 2011 study conducted by Harvard University, the number of children under 12 months waiting for organs often isn't as high as other demographic groups, so fetal organ donations of any sort are generally "enough to make a dent," NBC News reported.

"A neonatal heart isn’t going to help an adult, but it may help another neonate," study co-author Dr. Richard Parad wrote at the time.

For their part, and despite the heartbreaking decision to carry her to term only to lose her so quickly, Keri and Royce Young are comfortable with their decision. Donating her organs and honoring her short life was important to them, and to honor that, as they told GMA, they chose to name her Eva, the Hebrew word for "life."

"There's another family out there that's sitting there with their fingers crossed hoping that their, their baby's going to get a kidney ... they're praying for a miracle themselves, but Eva can be that miracle," Royce explained. "She's going to do more in her 24 hours or whatever than maybe we'll ever do in our lives, and to be able to remember our daughter in that way is pretty powerful."