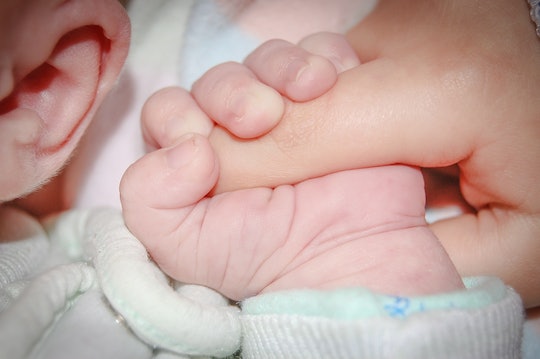 When an Australian woman named Cormit discovered she was pregnant, she did everything she could to ensure the safety of her future child. She ate right and ate clean. She worked out and exercised regularly. But when Cormit was offered the Tdap vaccine during her 28th week of pregnancy — the vaccine which protects against tetanus, diphtheria, and pertussis (also known as whooping cough) — she declined because she was healthy. Unfortunately, Cormit contracted whooping cough during the last few weeks of her pregnancy, and sadly, her illness passed to her newborn daughter. Now the mother who refused the whooping cough vaccine is sharing her story.

In a video posted on the Gold Coast Health Facebook page, Cormit explained her reasoning for refusing the vaccine:

Being the healthy, fit, organic woman I am, I told them to leave me alone...[but] even me, the bullet-proof lady that’s never been to a doctor, traveled the world, and felt healthy — I got [sick. I got] whooping cough.

And while Cormit’s case was mild (it wasn’t much more than a nagging and “annoying” cough) the disease has had devastating affects on her daughter, Eva.

Within two weeks, the cough became pretty scary. [A] horror movie cough to the point of going blue and flopping in my hands. [She] can’t breathe [and we are] running to hospital[s].

Eventually, Eva was admitted to the intensive care unit. And, at the time, Cormit recorded the video for Gold Coast Health, her daughter had been in the hospital for over three weeks.

It’s been a nightmare...It’s just so hard to watch.

But if Cormit was vaccinated, would it have made a difference? Would that shot have helped Eva? Yes. According to the Centers For Disease Control (CDC), being vaccinated during pregnancy helps your body create protective antibodies that are then passed on to your unborn baby, and these antibodies provide "short-term protection" for your newborn. This is why the CDC now recommends pregnant women receive a whooping cough vaccine during their third trimester, and for each pregnancy.

However, it should be noted the vaccine isn't fail-proof. There are no blood tests to determine if you have enough antibodies to protect yourself and your child from whooping cough, and, according to the CDC, even if you’ve been vaccinated, you and your baby could still be vulnerable. That said, getting the vaccine sometime between your 27th and 36th week will “give your baby the most protection [possible for] when [he or] she is born.”

Hence why Cormit is on a mission to share her message: "It’s a lot of suffering for a tiny, cute, little thing that you love so much. [Potentially unnecessary suffering and] if I could turn back time I would protect myself."