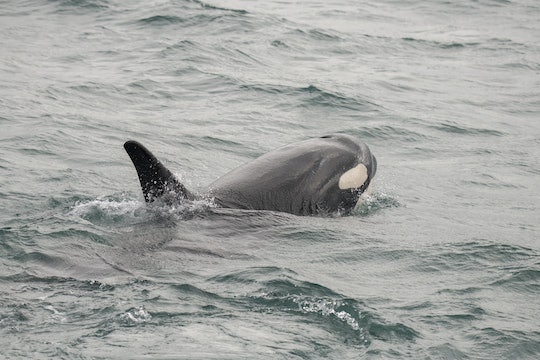 By now you have probably read the story of Tahlequah and her calf. Tahlequah is an orca whale that has spent the last 17 days proving to the word that motherly love and grief is powerful and real even in the animal kingdom. J-35, as she is known to the researches that have been tracking her pod, delivered her baby girl on July 24. Orcas are an endangered species and the researches were excited that Tahlequah delivered the first live calf in three years. But shortly after the birth the calf unexpectedly died. What followed was a 17-day “tour of grief” that saw the mother orca carry her dead calf on her nose for over 1,000 miles. That in itself was a beautiful and deeply heartbreaking display of a mother’s love.

However, the part that really moved me was when the researches noted that at times other members of Tahlequah’s pod stepped in and carried her calf for her when she needed to rest. I thought to myself, If these whales could help shoulder the burden of this mother, how much more could we as human mothers help to shoulder the burdens of our fellow mothers and even fathers?

There isn’t a day that goes by within the parenting community that you can’t find someone somewhere debating the differences between a parenting style or critiquing the movements of another mother. Join any Facebook Mom group, follow any parenting website and you will find thousands of comments from other people declaring that they know best. And perhaps they do. Perhaps breast really is 100-percent-without-a-doubt best. Perhaps a Montessori learning environment is the best start you can give your child. No bottles in bed, booster seats until 8, gluten-free bread and dairy free cakes. Maybe all of those things are the very best we can give our kids. But maybe it doesn’t matter.

If you see my kid getting ready to knock over a display of batteries by all means intervene, but be my partner.

Have you ever been at Target (of course you have!) and have you ever been without your children (probably not that often) and heard another mom trying to wrangle four children as they all head in different directions? You’ve got one kid who is trying really hard to convince Mom to buy a $50 Xbox gift card JUST BECAUSE, you have another one who just needs to see that Elsa doll “one more time” and a third who walks so slow that half of the time you forget he’s supposed to be with you and another who is using this opportunity to load the cart with Sour Patch candies. If you’ve seen this scene, you’ve seen me. I’m sure there are gazillion different ways you could tell me how to handle this situation better. If you were a fly on my wall last night you would have heard me spend two hours begging our children to go to bed at a reasonable hour so they could get up for the first day of school. I’m sure you could have told me how I shouldn’t have taken them off of a bedtime schedule during the summer and how I should have started earlier with my prep, but what would that have accomplished?

Most parents have the best intentions when it comes to wanting to teach others the things we have learned along the journey. It’s amazing to have people in your life that you can call, tweet, text, or poke when the exploding diaper gets going and say “HELP. ME. WHAT DO I DO NOW?” Those people are invaluable. If you don’t have them yet, find them. But if you happen to be that person who gets those calls, tweets, texts or pokes be an ally. Don’t be all, like, uncool (Real Housewife reference), don't be an adversary. If you are lucky enough to escape to Target without children or your children are 100 percent more behaved than mine in public, be a friend and if you see my kid getting ready to knock over a display of batteries by all means intervene, but be my partner. Don’t remind me how I could have avoided this, offer me your help and but also your grace in the process. Fix my crown without telling the whole world it was crooked.

We learned in Finding Nemo that whales have their own language and I’m sure J-35 and her pod have their own way of communicating. I don’t think the other pod ladies and gents were swimming back gossiping about how J-35 could have prevented this tragic death by having a different kind of birth (perhaps assisted by a dolphin doula. This is real. Look it up) or adopting a healthier diet while pregnant. They swam up, they took the calf and they let her rest in every definition of the word.

That’s who I want to be for other parents. If you are going to tell me about a bad day you had with your kids I’ll make you feel 100 times better by telling you how I screwed up. If you’re going to try a different parenting style than my family follows I’m going to support you and encourage you, but I’ll also be standing there if and when it blows back in your face with a glass of Moscato and another self-deprecating anecdote about my own parenting.