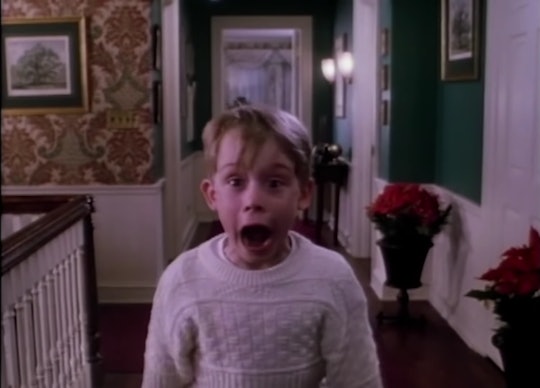 As the debut of Disney's streaming service — Disney+ — draws near, the entertainment company has revealed plans to continue its recent trend of remaking classic films. But the four movies getting remakes on Disney+ include one beloved holiday classic that many fans don't necessarily want to see get the reboot treatment.

According to CNN, Disney CEO Bob Iger recently told investors the company planned to "reimagine" the 1990 holiday classic Home Alone along with a handful of other past releases for the company's soon-to-launch streaming service, Disney+. Among the additional titles set to be remade for Disney+ are Night at the Museum, Cheaper by the Dozen, and Diary of a Wimpy Kid, Good Morning America reported.

"We are also focused on leveraging Fox's vast library of great titles to further enrich the content mix on our... platforms — for example, reimagining Home Alone, Night at the Museum, Cheaper by the Dozen and Diary of a Wimpy Kid for a new generation on Disney+," CNN reported Iger told investors in a conference call Tuesday.

While neither Home Alone nor any of the other films set to be reimagined by Disney are original Disney titles, they were acquired by the media and entertainment company following its acquisition of 21st Century Fox in March. The $71.3 billion purchase deal, which left Disney with a slew of hit movies and TV shows including Aliens and The Simpsons, was reported to be "one of the biggest media mergers ever" by Vox.

According to the BBC, Iger did not elaborate on details such as a cast or timeframe when revealing plans to "reimagine" Home Alone. The 1990 film originally starred Macaulay Culkin as Kevin McCallister, an 8-year-old boy who accidentally gets left behind when his family flies to Paris for Christmas. Joe Pesci and Daniel Stern star as the "Wet Bandits", two burglars who attempt to break into the McCallister house, forcing Kevin to take creative measures to defend it. Over the years, the film has become something of a holiday classic, airing repeatedly on television throughout the holiday season.

Although Culkin recently said he hoped the recent remake of Space Jam "kicks off a whole slew of 80s/90s sport movie remakes," it's unclear if he'd embrace — or want to star in — a "reimagining" of the film that launched his career. The actor was recently spotted filming what looked to be a Christmas scene on Wilshire Boulevard in Los Angeles, California, according to Page Six, further fueling speculation about his potential involvement in a Home Alone remake.

It also remains unclear if Disney's "reimagining" would see the plot of the original film altered. According to the BBC, Disney has said only that it hopes its reimagined Home Alone has the "same standards and the same creative discipline" as the original film had. On Twitter, however, a number of Home Alone fans reacted to the news with calls for Disney to leave the popular film alone.

"Home Alone is a classic. Just leave it alone," one Twitter user wrote. "Disney really has the audacity to reboot home alone and night at the museum???" another user asked.

Disney's streaming service is set to launch in the United States in November and become the exclusive home to Disney and Pixar animations, as well as the Marvel and Star Wars franchises. According to CNN, Disney+ will feature both movies and TV shows for a monthly price of $6.99.