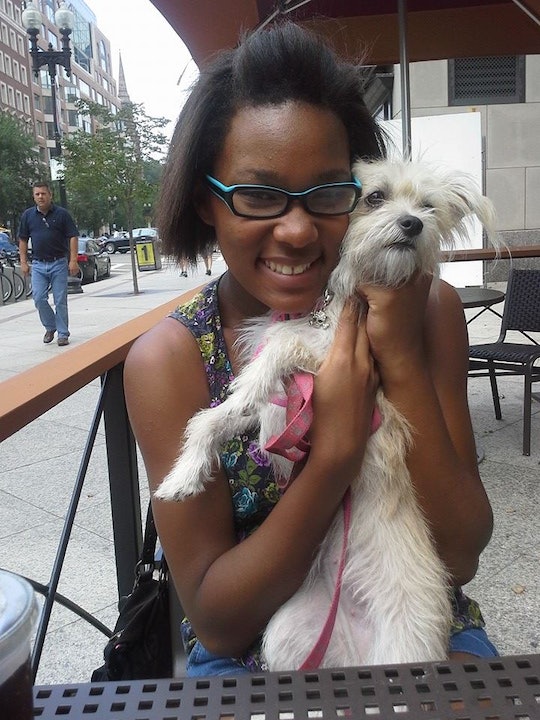 My Cross-Country Babymoon Was Awesome

When I was 6 months pregnant and living in Los Angeles, my ex suggested that we take a cross-country trip together. I wasn’t working at the time, and I wanted to go home to visit my family in New York. We decided that I'd go home to New York City for about five days, then he'd drive from Los Angeles to meet me in New York, and we'd spend a few weeks driving back cross-country together.

I thought about it for a while. I'd always wanted to drive across the country, but it hadn't occurred to me to do it while I was pregnant It seemed like taking a cross-country trip would be the ultimate babymoon, especially considering our shoestring budget. Plus, my pregnancy was more than half over and I'd probably never get the chance to take a three-week trip across the country again. So we packed our bags (and our puppy) and started heading west.

Our trip started with an overnight drive to Boston, which is about four hours away from New York by car. We got there in the middle of the night and got a room at a Motel 6. (We tried to stay at Motel 6s during the whole trip, because they were dog-friendly and wouldn't charge us an extra fee for having a pet.) We had lunch and walked by the waterfront and through the Back Bay before we left that night.

Because I don’t drive, my ex had to do all of the driving. I tried to stay up with him when I could, but I was prone to randomly falling asleep. When I was actually awake, though, I was an excellent DJ and a reliable navigator.

Because I had a little person sitting on top of my bladder, I constantly needed to pee. So every few hours, we took a break at a rest stops. We quickly got to know the different types of rest stops: some just had a bathroom, while others were more like large convenience stores, where you could stock up on snacks and drinks. Some had a designated dog area where the pup could pee and run around for a bit.

My favorite part of the trip was discovering the joys of Sonic. I'd Google map all of the Sonics on the way so we could stop there and get cherry limeades. When we were in Colorado, I made my ex drive out in the rain to get me a cherry limeade, two milkshakes, and tater tots at Sonic. I mean, hey — I was eating for two.

When we hit the Midwest, my ankles got incredibly swollen, probably because I didn't get up to move very often and I didn't drink enough water. Putting my feet up on the dashboard didn't help, nor did massaging them. Once we got to my ex's parents’ house in St. Louis, I was finally able to elevate them, but it took a while for the swelling to go down and it felt like pins and needles the whole time. We did, however, make it to the top of the famous Gateway Arch, as well as the St. Louis Zoo (which is fantastic), the Missouri Botanical Garden, and the St. Louis Science Center.

When we got to Las Vegas, we drove up and down the strip, but we didn’t get out of the car because it was the middle of the day and well over 100 degrees. It was so hot that the dog didn’t even want to go for a walk to do her business, and my sweaty pregnant self was totally OK with that. When we stopped at the Grand Canyon and drove through the Rocky Mountains, I was totally exhausted. But looking back, it was still the coolest trip I've ever taken.

My ex and I aren’t together anymore, but I still have fond memories of that cross-country trip. I wish I had taken more photos, but there are only so many stretches of open road you can look at before it all begins to look the same. I got to see parts of the country that I never would have seen otherwise, and it was definitely a cool thing to cross off my bucket list. And now that I'm finally learning how to drive, I'd love to take my now-3-year-old son on a similar trip. I'd love for him to see the sights that his mom saw before he was born.