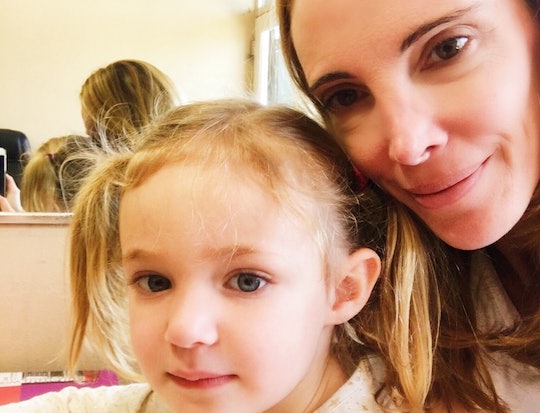 I’ve had a lot of low points in my parenting career but one of my biggest #momfails by far has been allowing my daughter, Rose, to use a pacifier until age 4. I didn’t plan to set my kid up for a future of braces and humiliation, but I just couldn’t face taking away the one item that guaranteed her sleeping through the night. So, what’s a tired Mom to do when faced with an ultimatum from her child’s pediatric dentist? Why, bribery, of course!

In my defense, I didn’t set out to turn my daughter into a pacifier addict. My older child never took to the paci, despite my mother-in-law’s attempts to hook him on it, so it never occurred to me that it would turn into the object of Rose’s obsession. When she started using the pacifier I was elated, primarily because I was thrilled to find something for Rose to suck on other than my sore nipples. I was also completely exhausted and willing to try anything that purported to help ease the early days of parenting two kids under the age of 2.

I had every intention of weaning Rose off the pacifier before age 2, just like Dr. Google recommends, but there was always some sort of dramatic life event that occurred to make me reconsider. You have to expect that you’re not going to sleep for a few weeks while your kid gets used to being without the one item that soothes her the most, and I have yet to meet a parent who is willing to give up a good night’s sleep unless forced to do so. It’s expected that you’ll suffer the odd middle-of-the-night fever and stomach flu, but those are usually one-off events that don’t keep you up for a week straight. I had two kids 18 months apart.

Between pregnancy and two newborns, I felt as though I hadn’t had a decent night of sleep in almost four years, so there was no way I was going to sign myself up for a few weeks of torture simply due to the threat of hundreds of thousands of dollars in orthodontia in some far-off future. You know what would help me pay for all that orthodontic work? Getting enough sleep to be able to work effectively. Which is how we ended up with an almost-4-year-old who walked around with a bright teal pacifier sticking out of her mouth 12-15 hours per day.

I decided to ease her into giving up her most prized possession by cutting off the tip. Never one to be outsmarted, Rose figured out a way to make the pacifier work by inserting her pointer finger into the hole.

As if the pacifier addiction wasn’t #momfail enough, Rose’s preferred brand of binky was the Avent Soothie, which, according to the packaging, is only supposed to be used until babies are three months old. The only pacifier she would take happened to be the absolute worst one for her developing mouth. I have no excuse for this particular aspect of my mom failure other than pure laziness: I didn’t want to transition her to a different paci when I figured she’d end up giving it up on her own soon anyway. “Soon” never really came, and the longer we waited, the more addicted she got. Finally, after too many nightmares about her becoming a teenage social pariah due to her braces and headgear, I decided that it was time for Rose to give up the pacifier. Unfortunately, she didn’t agree with me.

I knew that quitting cold turkey wasn’t going to work for Rose. She may be small but she has an iron will and, left without a pacifier, the only thing I was going to get was a very long night of her standing in her crib screaming “I want my paci!” at the top of her lungs. I decided to ease her into giving up her most prized possession by cutting off the tip. Never one to be outsmarted, Rose figured out a way to make the pacifier work by inserting her pointer finger into the hole and sucking on that along with what was left of the pacifier. Rose one, Mom zero.

That’s when I knew it was time to resort to every seasoned parent’s go-to technique: bribery. It’s a truth universally acknowledged that any parent who disavows the use of bribery is full of baloney. Bribery is a very powerful parenting tool when it comes to getting children to do things they don’t want to do. I use it several times per week and the offers of lollipops and toys rarely fail at convincing my children to do things they wouldn’t otherwise agree to. It turns out that bribery is also a useful tool when attempting to get your child to give up her pacifier. I offered a few different enticements — an American Girl doll, a trip to Disneyland or afternoon tea at a fancy hotel — none of which Rose deemed suitably special.

Then, in a fit of absolute parental brilliance, I offered up the Holy Grail of bribery loot: a manicure and pedicure. It took her less than 30 seconds to decide before running to the garbage, tossing in her pacifier and then dancing down the hallway singing, “I’m getting my nails done, I’m getting my nails done!” Reader, it turns out that Rose’s loyalty can be purchased for the bargain basement price of $26, not including tip.

I’m happy to report that she has not once asked for her pacifier again. She blithely gave up her most prized possession in return for magenta pink nails with an overlay of glitter and a tiny flower on each thumb. I’ll overlook her Vegas-stripper color choice and simply take a moment to revel in the fact that I bribed my child to give up her pacifier with a mani/pedi, it worked like a charm, and I am not ashamed.