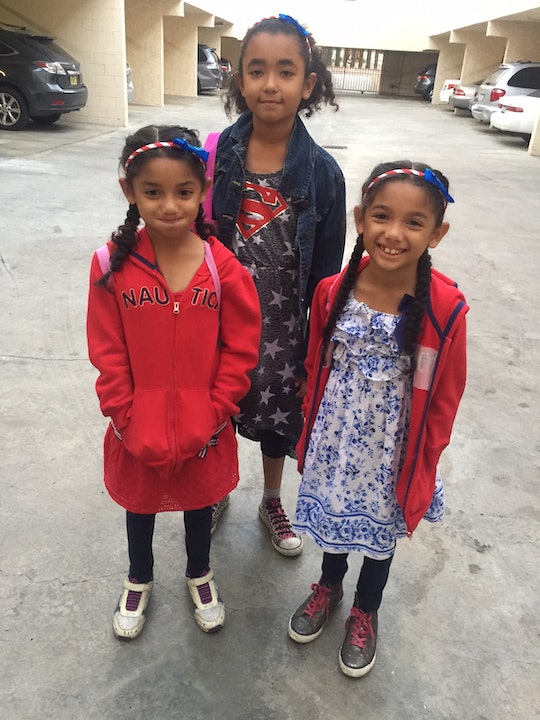 My Daughters' School is A Hotbed Of Toxic Masculinity

My daughters come home from school upset on a regular basis. At least once a week, they complain about the boys at school being mean to them. Sometimes, it's because the boys were playing a game at recess that they wouldn't let the girls play. Sometimes it's because during Physical Education class, only a certain amount of soccer balls were given out, and instead of making sure everyone had a turn with them, the boys grabbed them and kept them the whole period, and the teachers did nothing about it. But the thing that bothers my daughters the most is that any time they come to school wearing something that is supposedly "for boys," like a pair of jeans or a baseball cap, the boys tease them about it. Toxic masculinity is a major problem at their school, and I feel like none of the teachers are doing anything about it.

My oldest daughter is 10 years old. She's not a so-called "girly girl". She refuses to wear dresses and skirts, she loves Pokemon, and she'd rather play video games than My Little Pony. She has been teased by the boys in her class for wearing a Minecraft video game T-shirt that we got from the boy's section of a clothing store. There were no Minecraft t-shirts in the girls' section at the time, and I saw no problem with my daughter wanting to wear clothes from the boys' section.

When I complained to a teacher about how my daughter was treated by the boys in her class, I was told not to worry about it, that the gendered teasing was "just the way kids are." Every time I complain to the teacher and school administration about the teasing, I get a response that's essentially a variation on "boys will be boys."

We are taught that boys are unable to express their true feelings, so we grow up expecting the same behavior from men.

Earlier in the school year, my 7-year-old daughter Laila was being picked on by two boys in her class. When I'd pick her up from school, she'd come out with a frown. She would tell me how these two particular boys who sat next to her in class teased her about finishing her work before them. One time they even threatened to take the book she was reading and made her cry.

I went to talk to Laila's teacher. She told me she had no knowledge of these boys being mean to my daughter, and that she would do something about it. The following week, the teasing continued, and Laila came home crying again. I went back to the teacher and asked her to move my daughter's seat, so she could sit next to kids who wouldn't distract her. She told me that Laila should just learn to deal with the teasing, which made me livid. She even said that one of the boys is "just like that," and kids have to learn how to deal with being teased sometimes. I took my complaint to the principal, and eventually, Laila's seat was changed.

As a little girl, I was told that if a boy picked on you, it meant that he liked you. It meant that he was bothering you because he thought you were pretty. We are taught that boys are unable to express their true feelings, so we grow up expecting the same behavior from men. For whatever reason, we just accept this. I would never tell my daughters this. It sets a precedent that we are supposed to tolerate being mistreated, just because it's the way boys are.

If boys grow up in an environment that tolerates them disrespecting girls, they will continue to be disrespectful to women once they are men.

I had a little boy in January and my daughters were thrilled to finally have a brother. While I was pregnant, we discussed how they would all be big sisters and what their responsibilities would be once he was here. My daughter Mia asked if her little brother Kai would be like the boys at school. I promised her that no, we wouldn't let that happen, because Kai is being raised in a household of feminists and he'll grow up respecting women and treating them as equals.

It is our responsibility as parents to make sure our sons are respectful to women. Too often, schools make excuses for or turn a blind eye to their bad behavior. If boys grow up in an environment that tolerates them disrespecting girls, they will continue to be disrespectful to women once they are men. Parents have to teach their sons not only that they shouldn't pick on girls, but that boys and girls are equal in every respect. That's why I will continue to complain to my daughters' school administration about the bullying and teasing, so I can teach my girls that the things they hear from the boys aren't OK, and that this behavior shouldn't be tolerated.