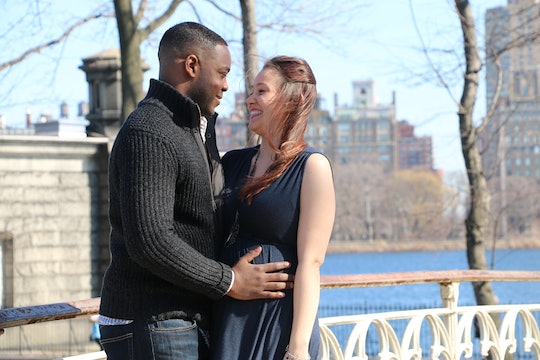 My Friend Ruined My Birth Announcement

My husband and I waited eight years after our son was born to have another child. We always knew that we wanted him to have a sibling, but we were a young military couple when we had our first child, so we had a baby and got married young, which is fairly common in the military. We knew that we needed to wait until the time was right for us to add to our family.

After my husband finished his contract with the military, I began a career in account management before quitting to pursue my dream of becoming a full-time writer. We raised our son and we waited until we were financially sound and ready to make our son a sibling. I was eager to announce my pregnancy to the world, but I decided to wait. I never imagined that my friend would ruin my pregnancy announcement on social media.

When I started trying to get pregnant, I told a few people that I was trying to have another baby. Once I finally got my pregnant, one of my editors asked me to write a piece about the age gap between my son and his soon-to-be baby sister. My editor promised me that the piece wouldn’t be published until the end of my first trimester, which is when I planned to announce my pregnancy to the rest of the world.

We wanted to do something special to share the big announcement with our family and friends. So we decided to do a big Central Park photo shoot where my son Branden could get to show off his new big brother T-shirt and rub my belly. I knew it was super cheesy, but it made me happy.

As I was waiting for the pictures to come back from the photographer, my article was published in Mommy Nearest Magazine. Since not many of my family and friends read Mommy Nearest, I wasn’t too worried about the article spoiling our official Facebook announcement.

I was furious. I had been outed.

Then I woke up one morning to an email from my editor. She said the article was performing incredibly well, and she wanted to submit it to the Huffington Post for syndication. I was thrilled. As a writer, I knew it was a pretty big deal to get my article on the front page of a national publication. I also figured that it would be a while before HuffPo would publish it, so it wouldn't spoil my announcement. But things went a bit quicker than expected and my article was published on HuffPo the following day. I was overjoyed, of course, but I also knew that many of my friends read it regularly. Gulp.

At that point, I started to panic. I refreshed my email every few seconds, hoping that our photographer’s email would magically appear with our images. A few minutes later, my phone started pinging and it wouldn’t stop. Sure enough, my former best friend, who I was estranged from, had found the article. She tagged me and shared it to my timeline.

“Well, look what I came across!” her post said. “So excited to read your amazing news!”

When I saw the notification pop up, I shook with rage. This person had gone from being my BFF to someone I barely knew. She had disapproved of my marriage to my husband, so we had drifted apart. At that point, we'd only texted each other occasionally to wish each other a happy birthday. Yet she thought it was her responsibility to share my pregnancy news with the rest of the world — even though if she had checked my Facebook, she would've easily seen that I hadn't announced it yet.

“Well, look what I came across!” her post said. “So excited to read your amazing news!”

I will never know if my friend did this vindictively, or if she had just come across the article and wasn't aware that I hadn't shared it with anyone else in my life. But regardless of when the article was published, anyone with common sense would've assumed that I'd want to announce such major news for myself. I was furious. I had been outed.

You might think that my anger was unearned or petty. But announcing my pregnancy meant a lot to me, especially since my first pregnancy had been unplanned. I wanted to be in control of my pregnancy announcement, and I wanted to do it on my own time. I wanted everyone to see how strong my family was. I wanted them to see how how joyful this new arrival was for all of us. But as always, the world has other plans. Unlike my first pregnancy, I was able to plan this one — just not the announcement of it.

More Like This
22 Valentine's Day Pregnancy Announcement Ideas Sweeter Than Candy
Here's What Pregnant People Actually Want For Valentine's Day
Fun, Sexy Maternity Lingerie, For When The Mood Strikes
OB-GYNs Explain The Connection Between Stress & Miscarriage
What Parents Are Talking About — Delivered Straight To Your Inbox