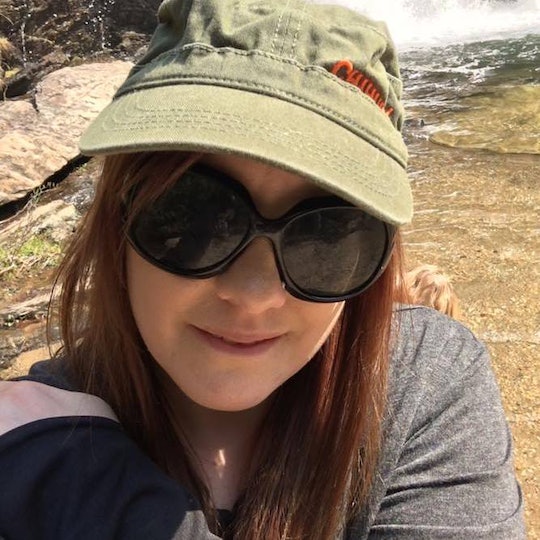 What Happened When My Kid Called Me Fat

I was walking out of the room when my seven-year-old called me back. “Mama,” he said, smiling up at me. “You look less fat today.”

My stomach dropped. My eyes widened. I did the thing where you open your mouth to talk, but you can’t think of anything to say, so you just open and close it silently a few times. I didn’t want to ask him to repeat what he had said. I knew what he had said. And I had two responses, the first one a lot stronger, a lot more emotional, and a lot more awful.

My kid just called me FAT. OK, he'd said I was “less fat”, but still, he was implying that I was fat. I was fat. Oh my god, I was fat. I could try all I wanted to make “fat” into a positive term, to be body-positive, to feel good about myself and the way I looked, and I knew of many beautiful women who were larger than I was and looked awesome. But I had to face the facts: I was a size 16 and I didn't feel good about it.

At that point, none of my weight was going anywhere, no matter how hard I tried. And I tried hard. I alternated exercise days. One day, I did body-weight exercises: push-ups, squats, planks, over and over and over. The next day, I pedaled intervals on my stationary bike: 35 seconds as fast as I could, 1:25 slower. Repeat. I ate as low carb as it’s possible to eat without sending yourself into ketosis. But it felt like I was spinning my wheels. I was demoralized. I was depressed. This wasn't how I imagined myself looking, but nothing I did had any effect on my physique. I obsessed about it.

And on top of all that effort, of all that sweat and all that denial, to be called fat? That stung. It more than stung. It hurt like a motherf**ker. I ran out of the room before I burst into tears.

My precious son had absorbed all of the toxic messages about weight and body image that I had. And he’d gotten them from me.

Then, in the midst of crying, I realized something even more awful than the fact that my son had called me fat (even though, if you had asked me that morning, I would have said being called fat was pretty much the worst thing my kid could have ever said to me). Blaise meant “less fat” as a compliment. That meant that he thought it was inherently better to be “less fat”, and he thought that I felt that way, too.

I realized that all of the ambivalence I had about my body image, all the clothes I complained didn’t fit the way I wanted, all the whining I did about my stomach looking big — he'd absorbed all of it. And he’d concluded that it was better to be thin than to be fat. My precious son had absorbed all of the toxic messages about weight and body image that I had. And he’d gotten these messages from me.

I cried harder. In fact, I let myself have a good cry about the whole thing. I called my husband. He agreed he wasn’t happy that our son had picked up on those messages. “It’s because you talk badly about yourself all the time,” he said. “You talk about yourself badly and call yourself fat. He’s just using the same terminology that you do.”

So I stopped talking about my body around my kids. I just stopped. Completely. If I wasn’t talking about how strong I was, or how happy I was that I'd managed another push-up that day, I didn’t talk about it at all. Above all else, I stopped calling myself fat in front of them.

I'd be lying if I said I didn't still struggle with my body image. I'd also be lying if I said that I don't want to lose weight. But the next time Blaise told me, sweetly, that it looked like I had lost some weight, I knelt down to his level. “Buddy,” I said, “It doesn’t matter how much you weigh, so long as you’re healthy. I want to be healthy. But I like the way I look right now.” I stared him right in the eye as I said it.

And for a moment, I believed it.