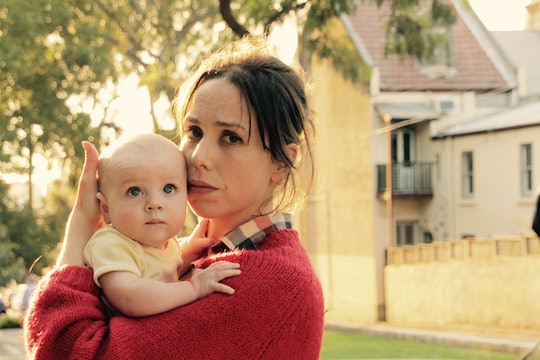 My Kid No Longer Naps, & I Discovered This In The *Most* Exciting Way

As co-creator and star of the Netflix comedy series The Letdown, about a new mother who stumbles into a mum's group and through a series of parenting challenges, Alison Bell wanted to to create "a sense of normalcy around the difficulties, the challenges," of parenthood. The often hilarious show has a seemingly endless store of relatable moments, in part because Bell and her writing partner/creator Sarah Scheller canvassed everyone they knew. Bell says they wanted to bring it all to light, "whether it be about sex drives, or the daily challenges, or the seemingly banal things, like getting your child to stop crying, understanding when you should feed them, when they're teething, just all the stuff, all the stuff! There's so much stuff!"

Bell studied "the stuff" for two years while developing the show before she fell pregnant herself and found that all the books in the world could not prepare her for real motherhood. In an exclusive for Romper, she shares the moment that she knew her son had "progressed" from one nap a day to none. This piece is as told to Janet Manley.

I had been reading everything I could on parenting for the show, and still when I encountered motherhood I was completely thrown. You want sleep advice? Don't come to me. I've read everything, but I am not an expert, in that my child is four and still not sleeping through the night. I am a failure. Hi, I'm Alison.

At my son's soccer game one day, I was standing on the sidelines with three dads, including my son's father, and the dads were talking about how it's just easier for them to put their kids to bed than it is for mums. All our kids are the same age, and they just go to bed easier for their dads. Good for you, dads!

I was in a rage because bedtime is my gig. My partner gets up in the morning for our son and I do the nights. That's our deal. I'm in there for hours at bedtime with my son trying to get him to sleep, doing all the things, and then I'm still up through the night — at four years old, let me remind you.

I'm explaining my tribulations, and one of the dads says, "You just gotta cut the cord."

You cut the chord. (laughing)

Thank you for your suggestion, Dad guy, but not helpful. Not constructive!

My son had just turned two, I reckon, when I discovered he could climb.

I thought I'd got him to sleep, and I was punching the air in triumph.

We constantly move, we're constantly in different houses because we're actors and because we are crazy. At this point, we were in Sydney for a stint while my partner was in a show. We were renting our friend's house, and my son was in a port-a-cot. Reasonable. Great.

So I put him down for a nap.

This was the stage where he was starting to reject napping, but I thought I'd got him to sleep, and I was punching the air in triumph. I closed the door and tip-toed away.

When I went back inside, I found that his bedroom door was still closed. He had climbed out of the port-a-cot, up onto the bed that was in the room, then out the window, through the front yard — thankfully not out the front gate — and round the back to Mum.

That was the end of the naps. He was pretty much done, and I couldn't keep him in there, but what a fun way to find out.