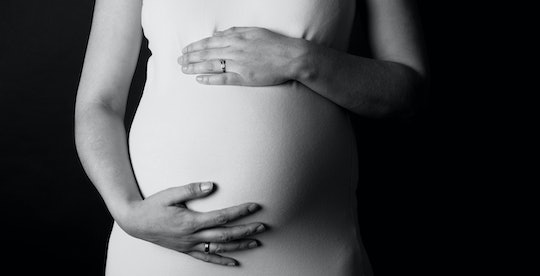 My Midwife's Mistake Changed How I Felt About My Body

Despite having a wonderful experience with a nurse-midwife (known as a CNM) during my first pregnancy, my second pregnancy proved to be a bit of a disaster. In fact, you could say that my nurse-midwife really messed up my body in a way that affected me for years. I had my first daughter with the aid of a nurse-midwife whom I absolutely loved. She was awesome and encouraging and inspiring and I'll forever remain grateful to her for plopping down on the bathroom floor of my hospital room where I spent my labor in a tub at midnight. She didn't check me or bug me, she just sat with me, her coffee cup in hand, and it meant the world to me to know she was there for me.

Although my labor and birth were less than ideal, I still loved the care by my CNM and felt very safe and comfortable with her. I loved her so much, in fact, that despite having moved almost two hours away from her office and the hospital where she had privileges at, I still decided to see her for my second pregnancy. I was super comfortable there with her and the hospital had no problem with me bringing my toddler along for my appointments. I had many a pelvic exam with my toddler straddled across my bump and somehow, that made my life so much easier.

"Well, whoopsies," she said with a frown as her hands flashed a needle driver up and down through the air. "That doesn't look quite right."

About halfway through my pregnancy, however, she took on another midwife into practice with her, a woman who, while perfectly nice, did not invoke the same level of confidence and comfort I had with my original midwife. From the start, my husband was completely uncomfortable with our new provider (to put it bluntly, he didn't trust her), but he knew how important having a midwife was to me, so he went along with it. Frankly, he wasn't around much at that time due to an intense work schedule, nor was he the pregnant one, so really, I was the one calling the shots anyways. I rotated care between the two midwives and understood that when my time came, it would simply be luck of the draw as to which provider would be on call for my delivery. I knew this, I understood this, and I respected this, but I still hoped that when push came to push, I'd wind up with my original midwife.

But of course, I did not.

Like with most deliveries, mine progressed perfectly normally and I really didn't have much interaction with the midwife until it was actually time to deliver. My nurses did most of the work, and because I delivered right at shift change and because I happened to have worked in this particular OB department, my room was flooded with all hands on deck. One of the senior nurses kept trying to get me to roll to my side in bed and I was crying, refusing to do it because I knew as soon as I did that the baby would pop out and I was too scared to push. When she finally convinced me to do it, the baby did come, and the nurse literally climbed on the bed next to me to catch her. After birth, my midwife took over to stitch me up. I'd had an episiotomy with my first and again with my second, and the tissue had torn once again, this time pretty badly.

After I'd healed, I realized exactly what went down down there. I'll spare you the exact details, but she was very haphazard in her stitching and because of that, I basically ended up with an extra flap of skin where no flap of skin should be. I had a tail.

In that post-birth exhausted haze, I didn't really pay attention to what my midwife was doing down there until I happened to notice the puzzled expression on her face. "Well, whoopsies," she said with a frown as her hands flashed a needle driver up and down through the air. "That doesn't look quite right." I was honestly too tired to ask what she meant and laid back in exhaustion on the bed. But she directed her voice in my general direction, louder this time, and announced, "We'll just fix that with the next baby, OK?"

After birth, healing, trying to breastfeed, and trying to learn how to navigate life with a newborn and a toddler all at the age of 24, I had to deal with feeling like there was still something wrong with me.

I remember feeling what would've been horror had I not been numb with exhaustion. I remember thinking, what if I don't have another baby? What the hell is she talking about? but after that, I'm pretty sure I passed out. The mistake didn't become apparent until much, much later. After I'd healed, I realized exactly what went down down there. I'll spare you the exact details, but she was very haphazard in her stitching and because of that, I basically ended up with an extra flap of skin where no flap of skin should be. I had a tail.

And let me tell you: tails in you nether regions are neither cute nor fun at all. But more so than the decidedly un-cute factor of a vaginal tail is the fact that after birth, healing, trying to breastfeed, and trying to learn how to navigate life with a newborn and a toddler all at the age of 24, I had to deal with feeling like there was still something wrong with me. Because there was actually something wrong with me, and it wasn't my fault. It's hard enough to figure out how to be a mom and a wife and to navigate this whole new life and this entirely new body but then to realize that midwife had made a terrible error? Well, that was just the icing on the cake.

I honestly can't even pinpoint when exactly I figured out what had happened down there because it's not like you're poking around there while things are healing up, and I don't ever recall my midwife mentioning the "whoopsie" at any of my postpartum checkups. It wasn't until we tried to resume marital relations that I realized something was amiss. I finally put two and two together and realized what had happened. It didn't hurt on a daily basis, but I definitely felt it when I went to the bathroom and most definitely whenever I had sex with my husband. We tried to laugh it off, but the blunt truth is, I was in pain. I was already so embarrassed about my postpartum body issues to begin with, and was having a hard time adjusting to the changes motherhood had bought into my life, but having a tail wasn't really something I knew how to talk to other people about.

I can't even begin to tell you how much pain I was in for weeks afterwards. I cried daily because it hurt so badly.

The good news and that not-so-good news is that when I did get pregnant with my next baby, I switched care to an OB/GYN whom I loved and trusted as much as my original nurse-midwife. She assured me that we'd most definitely take care of my tail. And she did, but after I had pushed a 9-pound, 2-ounce linebacker out of my crotch, I needed to remind her of the "repairs" she needed to do. Even worse, I hadn't even tore at all, so she was inflicting trauma where trauma needn't be.

She used some numbing agent when she actually cut the "tail" off and stitched me back together properly, but I can't even begin to tell you how much pain I was in for weeks afterwards. I cried daily because it hurt so badly. It was an excruciating and long recovery process and looking back, I should've asked for more pain medication or instructions on how to care for the area, because no one really knew or treated it any differently than normal stitches, yet it was. It was awful.

My fourth baby was my only "normal" birth without a tear or a tail to be found, and I was astonished by the fact that it was possible to feel good after birth. I realized I could've had that experience the entire time, had I known better or spoken up for myself from, or at the very least, had I stopped my brand-new midwife the first time she uttered the words "uh oh."

More Like This
Fun, Sexy Maternity Lingerie, For When The Mood Strikes
Why Your Vagina May Be Itchy After Sex & What To Do About It
OB-GYNs Explain The Connection Between Stress & Miscarriage
What Foods Fight Nausea During Pregnancy?
What Parents Are Talking About — Delivered Straight To Your Inbox