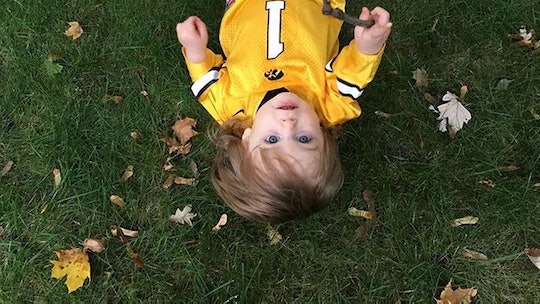 My Mother-In-Law Hated Me After I Had A Kid

The first time I met my then-boyfriend, now-husband’s mom, she made a vegetarian lasagna just for me. I'm a vegetarian, and my husband told me that she was confused by the fact that I didn't eat meat, but she apparently went on the internet and found a meatless recipe for me nonetheless. I was shocked that she didn’t ‘get’ vegetarianism, but I was also touched by the fact that she made a special dish just for me, the person her son wanted to bring to her home. I felt welcomed and happy.

Shortly after that meal, my husband and I started searching for a home of our own, so we ended up moving in with his mother and stepfather for a few months. During that time, I felt pretty comfortable with my in-laws. My mother-in-law would occasionally invite me to things she was doing, or at least talk to me about them. I didn’t think we were necessarily becoming friends, but I thought for sure someday we would be. There was mutual kindness and respect between us.

Then I had a baby. And everything changed.

I should have seen some of it coming, especially because she was pretty judgmental of our decision-making capabilities during our house search. We found what we thought was a wonderful, small, affordable house — and she wasted no time telling us she thought we were making a mistake. She thought the house was too small and too old and that having more than one floor was stupid. Again and again and again, we had to hear how it was the wrong choice for us.

Oh, sh*t, I thought. What have I gotten myself into? We can't have someone butting in and telling me that they know what is good for us! Only we get to decide what is good for us! I didn’t need to know that the house we chose wasn’t the one she would have chosen. She wasn’t going to be living there. Her opinion was totally irrelevant.

Oh, sh*t, I thought. What have I gotten myself into?

When we had a baby, her criticism hit a new level. I will never forget her response when we told her we would be hyphenating my son Oliver's last name. She used the word “stupid." She said that hyphenating would be a nightmare for him to deal with as he made his way through life. And she wanted him to have his father's name, like all the other men in the family. Guess what? That's the beauty of the hyphen. He does have his father's name. And he has mine, too.

Then we didn’t circumcise Oliver post-delivery. Not only did she beg us to reconsider the decision while we were still in the hospital, she even brought it up after we had gone home, asking us to consider going back in for the procedure. I was floored. And PISSED. She was certain he would get infections and that he would be a minority among his peers, in say, the locker room.

Then we let Ollie's hair grow long. His beautiful, sweet, angel-soft baby hair. I couldn’t bear to have it cut off simply because it was longer than what many adult people deemed "masculine." I mean, come on — "feminine" and "masculine" are totally made-up constructs. I made my son's hair in the womb, and I was happy to watch it grow and blow in the wind!

I also decided to raise him vegetarian. You can imagine her delight in this. She thought it was absurd, and that he needed his protein by eating red meat, not red beans. Vegetarianism was just way too far from her norm for her to understand.

I have shed so many tears over this situation. When my son was an infant, I cried after all of my mother-in-law's visits. She'd come in the house and I could see her brow furrow with disapproval over every decision I made: the baby wipes I insisted on, the outfits I put him in. Every little thing seemed to annoy her. I cried on our way to her house at Christmas, and I cried on his second birthday. I keep crying because I know that the change that took place when I had a baby with her son is going to last. The chasm will widen. I will continue to make decisions for her grandson that she will continue to question– and that will continue to hurt me and prevent me from getting close to her.

Sometimes, I imagine a world in which we didn’t have a child. I wonder if my mother-in-law would have liked me better. Maybe we'd be going to a flea market this weekend, or an antique shop. She might be talking about the lamp she thinks could really give a nice touch to our house and she might be seeing me for something outside of my parenting decisions. But that isn’t going to happen.

I wish she could see that her judgment is irrelevant. This baby is not her baby. And I know her son once was — but he’s now busy raising a boy of his own. He has a very well-intentioned mother by his side, and there is incredible beauty in that alone.