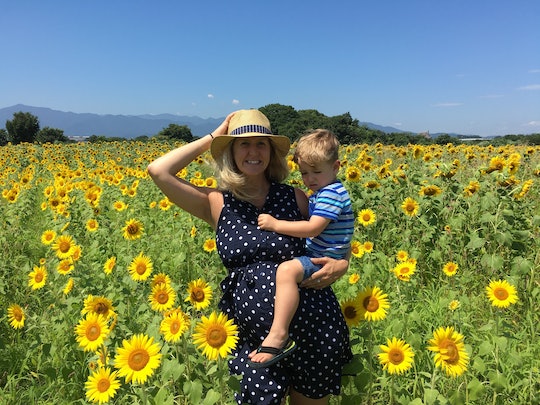 My Son is Headed to Kindergarten. He’s Ready. I’m Not.

The second summer vacation begins, social media usually fills with “what do I do with my kids?!” panic, and back-to-school season brings hilarious photos of moms and dads kicking their kids out the door, ready to reclaim their freedom.

For me, however, every moment of summer this year felt like a ticking clock, counting down to a dreaded outcome. Come fall, my oldest child starts kindergarten. He’s ready and excited. I’m not.

As the weather warmed up and kindergarten loomed closer and closer, I was consumed instead by all we were about to lose – the lazy mornings debating over toast which superhero we’d like to be, the laughter over an entire afternoon pretending the floor was lava. The time together – unstructured by outside demands, entirely up to us. No schedule to answer to, no mountain of paperwork from teachers and schools, nowhere to be and nothing to do except exactly what we pleased.

So while my son is thrilled at the idea of eating with his classmates at school, exploring new playgrounds, and making new friends, I’ll be dreading the first day instead of celebrating.

We’ve been preparing for this day for a long time, though it doesn’t feel any easier. Instead of nursery rhymes and ABC’s, he’s onto reading books like Batman: Reptile Rampage now. He’s working toward mastering the monkey bars as I write these words, his strong arms swinging him from one bar to the next. Each time he falls, he rises, dusts off, and tries again. He’s ready for the new challenges school will bring.

At 5, children are vividly becoming the people they’re meant to be. My superhero-obsessed son is growing into a young man, right before my eyes. And all of a sudden, in a way it hadn’t before, the idea of sending away this person we’re just beginning to discover for most of his days became as impossible to fathom as it had seemed at his birth.

Kindergarten is a more permanent step toward independence for a child, and, of course, a more permanent step away from the family life that might be all they’ve ever known. It’s a major milestone for all those complicated reasons, and misty-eyed parents like me sometimes aren’t the only ones sentimental about it.

We’re sending our kids out into a world that feels scarier than ever before. Sharing the responsibility of keeping your children safe with others, even teachers and faculty who come to love them as much as you, is daunting.

Journalist Courtney Friel from KTLA-5 famously discovered this. During a back-to-school segment, she asks pre-kindergartner Andrew if he’s excited to go to school, then if he’ll miss his mom. When he answers “No!” she repeats it, incredulously. “No?!” and the camera catches exactly what happens when the enormity of how much his life is about to change fully hits the sweet little guy. His happy smile wavers, then disappears, until he’s overcome by emotion and hides his face in his hands.

In a post-Sandy Hook world, elementary school has also taken on an additional layer of fear. We’re sending our kids out into a world that feels scarier than ever before. Sharing the responsibility of keeping your children safe with others, even teachers and faculty who come to love them as much as you, is daunting. The week before registering my son for kindergarten, shots were fired in the neighborhood surrounding the school, necessitating a “secure the building” status that was unheard of a decade ago. For schools who have already seen the worst, the grieving and vigilance never ends.

So while perhaps kindergarten registration in bygone days brought only ‘where did the time go?’ wistfulness, and parents who were reluctant but ready to let their children test their wings, this summer has brought conflicted emotions to me. Will he be happy? Will he be safe? What will his little sister and I do without our favorite little guy every day?

We’ll get by, of course, and we’ll embrace our the new reality of our days with as much joy as we can muster. We’ll find the positives: he’ll make new friends. New memories. He’ll love his teacher. He’ll grip his crayons tightly and color with abandon, and every day, he’ll open his lunchbox to eat with his friends instead of us. When he jumps off the bus, we’ll be waiting with arms open, delighted to have him home once again and eager to hear about how he spent all his moments without us. And if, underneath, there’s still a touch of sadness, a surge of wistfulness, and a wish that our days alone with him could have lasted even longer, I’ll brush them aside, along with my tears, and give him another hug instead.

The world outside the nest is wide, and we know our son is prepared to face its challenges. This year, he’s off to kindergarten. What feels like tomorrow, he’ll be off to college. He’s ready, but I am not.

More Like This
Spread Some Christmas Cheer In Your Child’s Bedroom
These Holiday Squishmallows Are So Elfin Adorable
20 Stocking Stuffers For Kids Under $20
Everyone Told Me To Date Post-Divorce, But Being Alone With My Kids Felt Better