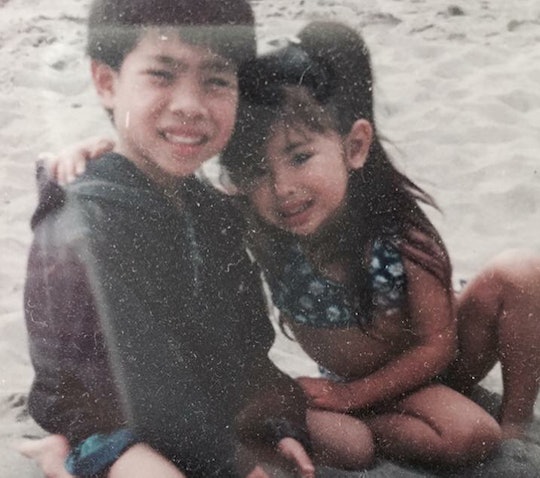 On March 24, I, along with thousands across the country, participated in a March for Our Lives rally. I held my son’s picture in one hand and a sign in the other saying #Enough. Less than a month later, I was marching in the March for Humanity event in Atlanta, Georgia, marking the 50th anniversary of Dr. Martin Luther King Jr.’s assassination. I had been invited to speak at The King Center to mark this somber anniversary, alongside the youngest of his children, the Rev. Bernice A. King. On both occasions, the same questions kept popping into my head: How did I get here? How did I go from being a suburban mom with two children leading a middle-class existence to an activist fighting to reduce gun violence?

September 21, 2014, was both the happiest and most traumatic day of my life. I began the day thanking God — and ended it with questioning if he even existed. I went from being grateful for everything I had, to being left in utter shock over everything that had been taken away.

On September 21, 2014, I woke up with a son and a daughter and a fiancé. I spent the morning looking at possible wedding sites, envisioning our friends and family surrounding us at a beautiful winery. It was a morning filled with promise — of a new life, a brighter future.

But that all ended at 5:20 p.m. when my only son was shot and killed in broad daylight. I felt my heart, my soul, my mind die along with him. I fell to my knees at the crime scene roaring like a wounded animal seeking her cub, and begging God to give him back. Please, just give him back. But it was too late. I would never again feel the pure joy, the pure peace I felt that morning — and I know that no matter how much time passes, that feeling will never return. Because I am forever changed. I know that bad things can happen to good people. I know that faith, and community, and hope, and life are fragile and fleeting.

I spent countless hours, days, months, wondering if the people who took my son’s life ever stopped to think about who he was, what life he led, what loved ones he would leave behind.

And for two and half years after my son’s brutal killing, I could not speak of God. I could not go to a grocery store, a park, a social gathering without feeling anxiety burn through my body like a wildfire. I could not watch television or go to the movies because every scene between a mother and her son, every death, every unexpected shooting was enough to have me shaking and in tears for the rest of the day.

This was my new normal.

His name was Robby, and he was only 23 years old. Left on his bed was a suit he was preparing for a job interview. Instead, it was the suit he was buried in. I spent countless hours, days, months, wondering if the people who took my son’s life ever stopped to think about who he was, what life he led, what loved ones he would leave behind. And if they did, would they have chosen to take his life so easily? Four men were arrested, nearly two years after Robby was killed. They sit in jail waiting for a jury trial. Waiting to know their fate and their sentence if they are found guilty. But Robby’s fate was already decided for him, as was our family’s. We have all been given a life sentence without any possibility of parole. The only difference is we’re not behind bars. We are left out in the world, dealing with our own crises of faith and loss of community. Our own shattered existence. Our nightmares and our panic attacks and our feelings of utter abandonment. How could God let this happen if he loves us?

But I still had a daughter. And for her, I had to find a new way to breathe.

For two and half years after Robby’s death, I stayed sheltered in my home, going through all the stages of grief. Though when you’re a survivor of a homicide victim, and when that victim is your child, there are added layers of grief and trauma. We didn’t know who did this to our son for almost one year. We had to endure the criminal justice system, the news reports, the dragging on of court dates, cancellations and delays. And until now, we are still awaiting the jury trial. This was not how I wanted to live. They had already taken enough. So I began to write — about my pain, my loss, my questions, my anger.

Until I eventually I began writing about my hope.

We have to do better. We are all responsible.

That writing culminated in a book that comes out on May 22. And that hope to find purpose resulted in the creation of The Robby Poblete Foundation, whose mission is to take unwanted firearms out of circulation and transform them into weapons of hope and opportunity through art and vocational skills programs. And though it bears my son’s name, this foundation is really focused on those who killed him. Because at some point they decided that crime was their only answer — and that taking someone’s life was acceptable. I was so consumed with asking myself how I failed my son that I failed to see the larger question: How as a society have we failed the people who did this to him? What challenges and lack of opportunities have they faced all their lives to come to this point?

We have to do better. We are all responsible; we are all accountable for one another and the world we live in.

I will fight to create a better place.

Pati Navalta Poblete is the executive director of The Robby Poblete Foundation, and author of the upcoming book, A Better Place: A Memoir of Peace in the Face of Tragedy (May 2018, Nothing But the Truth Publishing).