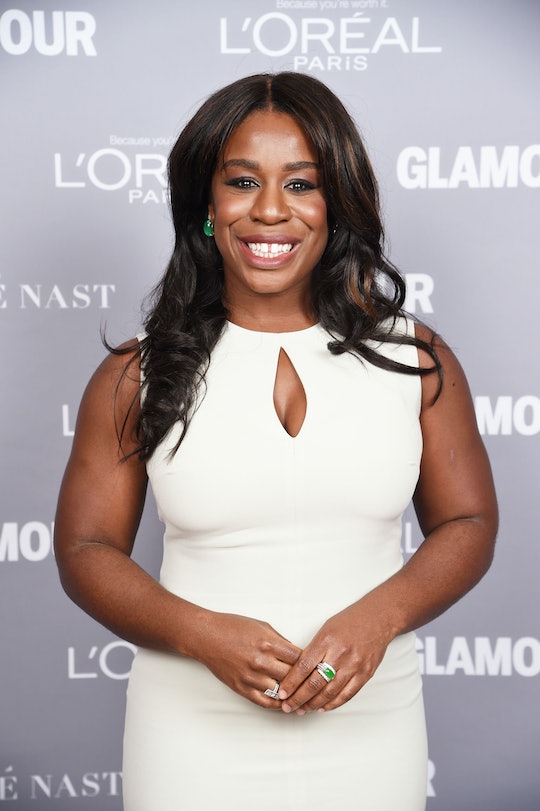 NAACP Image Awards Nominations For 2015 Announced, & All Your Favorites Made The List

Get ready for good news. The NAACP Image Awards nominations were announced today, and you're probably going to see your favorite stars on the list of nominees. ABC led the TV categories with 28 nominations, while Columbia Records led recording with 10 and Warner Brothers led motion pictures with six. A press release from the NAACP describes the meaning behind the awards:

The NAACP Image Awards celebrates the accomplishments of people of color in the fields of television, music, literature and film and also honors individuals or groups who promote social justice through creative endeavors.

Since the awards don't take place quite yet, you've got plenty of time to peruse the list of nominees and determine who you're going to root for (definitely a challenge - everyone is amazing!).

Here are a few highlights:

Entertainer of the Year

There are so many talented people in this category, it's impossible to know how they'll choose just one. Nominees include Creed and Fantastic Four actor Michael B. Jordan, history-making ballet dancer Misty Copeland, musician Pharrell Williams, producer Shonda Rhimes, and Emmy winner Viola Davis (who gave one of the best acceptance speeches of all time).

It was an incredible year in television! Outstanding Comedy Series nominees include new favorite black-ish, perennial favorite Orange is the New Black, and sketch comedy show Key & Peele (which just aired its final episode in September). black-ish got an acting nomination in each category (Outstanding Actor, Actress, Supporting Actor, and Supporting Actress in a Comedy Series).

Fresh off of her extraordinary performance as Glinda in The Wiz Live! (nominated for Outstanding Television Movie, Mini-Series or Dramatic Special), Uzo Aduba earned an Outstanding Actress nod for her work on Orange is the New Black, while two of her co-stars (Danielle Brooks and Laverne Cox) are both nominated for Supporting Actress.

Ta-Nehisi Coates' newsmaking Between the World and Me is nominated for Outstanding Literary Work in the Debut Author, Biography/Auto-Biography and Non-Fiction categories. Shonda Rhimes also cemented her literary chops by earning a Biography/Auto-Biography nomination for Year of Yes: How to Dance It Out, Stand In the Sun and Be Your Own Person (could she get any more talented?). MacArthur Fellow Terrance Hayes is up for Poetry. The Children category has a major history focus, including Granddaddy's Turn: A Journey to the Ballot Box (written by Michael S. Bandy and Eric Stein with illustrations by James E. Ransome) and Chasing Freedom: The Life Journeys of Harriet Tubman and Susan B. Anthony, Inspired by Historical Facts (written by Nikki Grimes and illustrated by Michele Wood).

The decisions don't get easier. Nominees for Outstanding Motion Picture include Beasts of No Nation, Concussion, Creed, Dope, and Straight Outta Compton. Chiwetel Ejiofor earned nominations for both Outstanding Actor and Outstanding Supporting Actor (for Secret in Their Eyes and The Martian, respectively).

A woman who once dominated Disney and Nick, Lauren "Keke" Palmer, is now nominated alongside Viola Davis and Zoe Saldana for Outstanding Actress. Two Creed stars (Phylicia Rashad and Tessa Thompson) and two Chi-Raq stars (Angela Bassett and Jennifer Hudson) are all up for Outstanding Supporting Actress.

On top of his writing nod, Aziz Ansari is also up for Outstanding Directing in a Comedy Series. Precious director Lee Daniels is nominated for Dramatic Series directing for the pilot of Empire.

Here's one more thing to make every Mom happy: Broadway superstar Audra McDonald is nominated for her voice-over in Doc McStuffins.

Of course, that's only a small fraction of the amazing people up for awards. You can check out the full list of NAACP Image Awards nominees on the show's website.