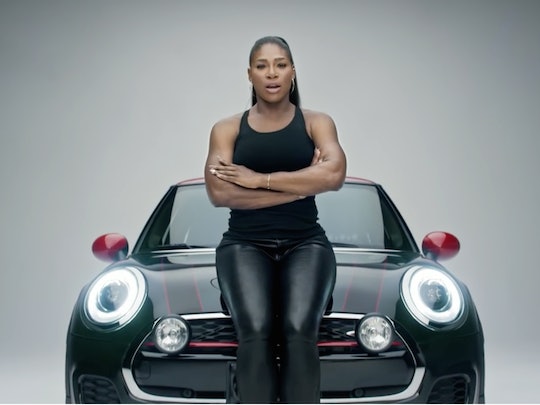 NARAL's Feminist Tweets About The Super Bowl Commercials Are Incredible

You can always count on abortion rights groups for sharp, unapologetic content. It's their forte, and it's what makes them such important women's rights activists. This year, NARAL Pro-Choice America decided to live-tweet Super Bowl 50, launching a critical tweet-storm against the long-awaited crop of Super Bowl commercials. Here are some of NARAL's feminist tweets from Sunday's Super Bowl.

Even before the event started, NARAL announced it would be using its social media outlets and large followings to call attention to subtly or not-so-subtly sexist advertisements and iconography. It's no secret that the Super Bowl has been a traditionally male-centric event, given the sport, and advertisers often play to that by assuming a male audience for their commercials. That means more male-gaze, more female bodies on display, more jokes that make assumptions about the power dynamic between men and women, more images of heteronormative families, and more commercials about beer, cars, action movies, and other "man" things (as if women don't like beer). In short, there is no lack of fodder for feminist critics at the Super Bowl, and NARAL did not hold back from calling many advertisements "sexist" and "transphobic." They wielded the hashtag #NotBuyingIt like a wand, striking down one ad after the next for their trite, narrow portrayal of womanhood. Only a few were given the coveted #MediaWeLike hashtag of approval, but they totally deserved it.

Their first target was Kevin Hart's Hyundai ad, where he played a threatening dad who watches over his daughter on a date by using car tracking technology.

They received quite a bit of backlash for criticizing the commercial that was meant to be funny, but the organization's point was loud and clear. Sure, dissecting an ad takes away its comedy, but if NARAL doesn't point out the undercurrent of the messages blasted to millions of Americans, who will?

NARAL turned its eye to Snickers, calling their commercial "transphobic." They were just getting warmed up.

The Doritos ad that depicted a Doritos-craving fetus was very unfunny, and NARAL nailed it perfectly. The uptight mom trope played a supporting role, scowling at her partner for playing in the ultrasound room.

And many of the car commercials missed the mark this year. I know many will disagree, but Ryan Reynolds isn't even that good looking.

Not every ad was criticized. Many companies made a marked effort to be more inclusive and to challenge the status quo of the portrayal of women in advertisements. Here are some of NARAL's favorites from last night:

Personally, I get a little teary-eyed anytime I see Abby Wambach.

They loved the new Axe commercial, especially for it's men in heels.

And finally, Helen Mirren's appearance was a welcome sight. Having her star in a beer commercial was definitely a change from what Super Bowl viewers have become used to.

It was a boring game, but NARAL made things a lot more exciting with its meaningful commentary. It can be easy to zone out or laugh off casual sexism in the media, but pretending it isn't there will not lead to change for women anytime soon. NARAL may have received a lot of criticism from Super Bowl trolls, but the message was not lost on women viewers who, as much as anyone else, deserve to watch the Super Bowl and not feel like they're the butt of every commercial's joke.