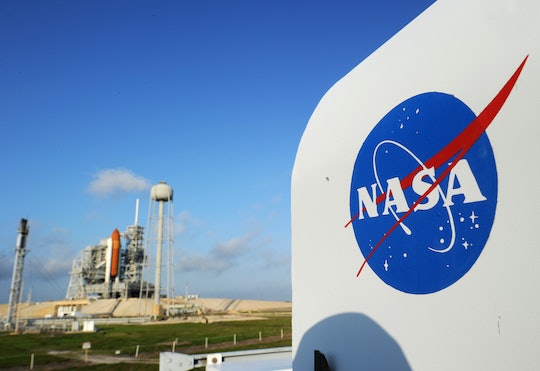 Talk about a good day for female representation in STEM careers: Half of NASA's newest astronauts are female, and they're training to head to Mars. The 2013 class of astronauts saw eight crew members join NASA as the first to be trained for a mission to Mars, and four of them were women: Engineer Christina Hammock Koch, marine biologist Jessica Meir, Marine Corps pilot Nicole Aunapu Mann, and Army Major Anne McClain. They were selected from a pool of over 6,100 applicants, and began training in August 2013 for missions to low-Earth orbit, asteroids, and Mars.

The best part? NASA is currently still recruiting for its second Mars-minded astronaut class, and applications will be open until mid-February. In 2013, Janet Kavendi, the director of Flight Crew Operations at Johnson Space Center, told Smithsonian Magazine, “We never determine how many people of each gender we're going to take, but these were the most qualified people of the ones that we interviewed." Which makes the news that much better.

Glamour recently published a feature on the female astronauts of NASA's 2013 intake — it's one of the best articles I've seen in a "women's interest" magazine (and don't get me started on airport magazine classification). The NASA women had some interesting things to spill about their time as astronauts-in-training, and shed light on some considerations that come with being a working astronaut and mother. The new recruits are also already busy learning how to maneuver 400-pound spacesuits and taking trips in NASA's anti-gravity "vomit comet" — but a three-year trip to Mars would be another story altogether.

So how do the new astronauts feel about a possible Mars excursion? "I'd want a way to video chat with my three-year-old son and my partner. Leaving them is the only downside to space travel; They are my everything," McClain told Glamour. "I'd also bring my son's stuffed monkey. He would dig seeing it floating in space."

Aunapu Mann, who's from the same astronaut class as McClain, had similar concerns. "If I get tapped for the mission, I'll talk to my son about what I'll be doing," she told Glamour. "He's almost four now but will be a teen or in his twenties by then. His life will change while I'm gone. And that's a big sacrifice."

The training detailed by the women sounds awe-inspiring — from flying supersonic jets that reach 20 mile-per-minute speeds to experiencing weightlessness — but I'm not sure I would personally want to take the Mars leap (I hate spending four hours in an airplane, so nine months in a spaceship doesn't sound like my cup of tea). But if your fascination with space is less grounded (literally) than mine, you're in luck: NASA is taking applications for its second round of astronauts for a Mars mission, and NASA's gained itself a good reputation for gender equality in hiring if its 2013 selections are anything to go by.

If you choose to apply, remember that you're competing for one of the most badass jobs in the world — final selections won't be announced until mid-2017. And if you'd rather just marvel at astronauts and space in general, use NASA's Spot the Station website to figure out the next time you can see the International Space Station orbiting (at a mere 17,500 mph) overhead.