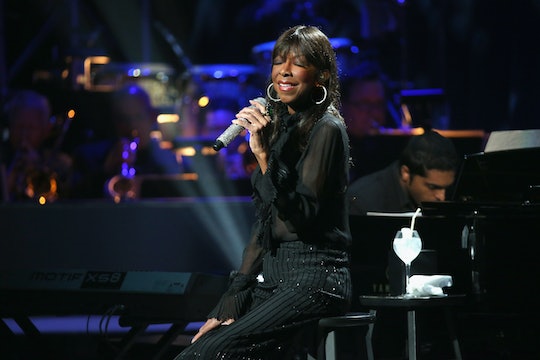 Late on New Year's Eve, singer Natalie Cole died as the new year began. The singer, who is best known for songs like “Unforgettable,” "Inseparable," and "This Will Be (An Everlasting Love),” was the daughter of Nat King Cole, with whom she started recording at age six before his death in 1965 when she was just 15 years old. After enduring a slew of health issues over the last few years, the R&B legend herself has now died. Cole was just 65 years old.

Although Cole's publicist, Maureen O’Connor, confirmed that the singer passed away on Thursday night, there are no other details about the circumstances surrounding her death. What we do know is that Cole had been battling various health problems for years, including struggles with hepatitis and drug addiction. She also received a kidney transplant in 2009. There is no official word yet about whether or not any of these were contributing factors in her death.

The nine-time Grammy winner is leaving behind not only millions of fans around the world, but a catalog of incredibly beloved work, including arguably her most famous album, 1991's Unforgettable...With Love. As you might expect, her death is being mourned by her many fans, including a number of celebrities:

Cole began performing when she was just 11 years old, thus leaving behind her almost a literal lifetime of moments in which she used her sizable gift to bring joy to so many people.