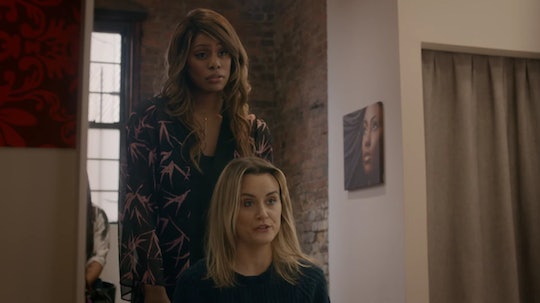 One of the most popular streaming subscription services has teamed up with the United Nations Entity for Gender Equality and the Empowerment of Women, also known as UN Women, to celebrate women's social, economic, cultural, and political achievements. Netflix is celebrating International Women's Day, Sunday, March 8, with a special collection curated by dozens of female powerhouses in entertainment.

"This collaboration is about taking on the challenge of telling women's stories and showing women in all their diversity," UN Women Deputy Executive Director Anita Bhatia said in a statement shared with Romper. "It's about making visible the invisible, and proving that only by fully representing and including women on screen, behind-the-camera and in our narratives overall, society will truly flourish."

In creating the special collection, Netflix said it aimed to celebrate and amplify the stories that inspired women who went on to inspire countless others. What's more, a number of the films, TV series, and documentaries featured in the collection are known for having spurred challenging, but vital, conversations — conversations that ultimately helped to reshape the way people view the world. For example, the collection includes Orange Is the New Black, Marriage Story, Queer Eye, The Crown, Scandal, Unbreakable Kimmy Schmidt, Grace and Frankie, Unbelievable, and Sex Education.

"TV and film have the power to reflect and shape popular culture, which is why we believe it's so important that more people see their lives reflected in storytelling," Dr. Stacy L. Smith, founder of the USC Annenberg Inclusion Initiative, said in a statement shared by Netflix. "Our research has shown that inclusion behind the camera leads to greater inclusion on screen. We're encouraged that last year, 20% of the directors of Netflix original films were women and we are excited to celebrate these female creators on International Women's Day."

Smith said that while there is, of course, still more work to do towards reaching full equality, she hoped that recognizing female talent around the world would inspire and encourage more women to tell their own stories, thereby increasing the number of female creators.