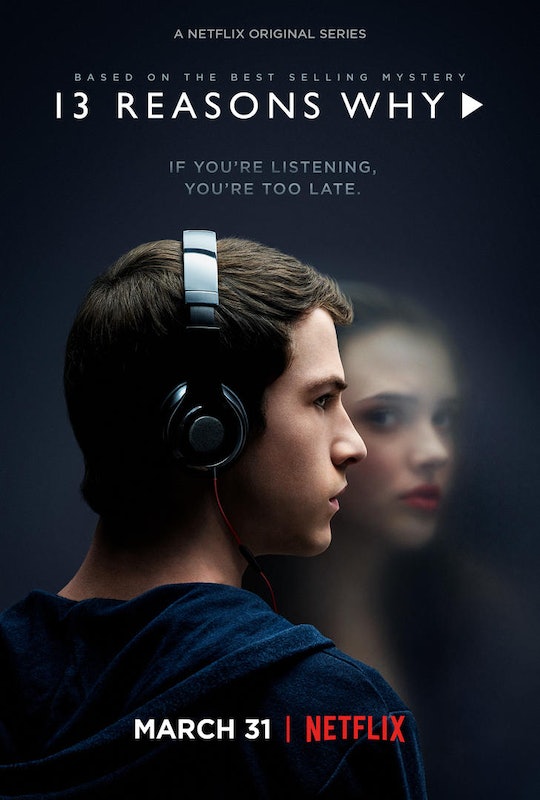 Netflix's '13 Reasons Why' Is Obsession-Worthy

When books hit a certain level of success, fans are going to want more. Well, everyone's favorite streaming service is listening to those fans with the launch of Netflix's new original series 13 Reasons Why based on the 2007 best-selling novel by Jay Asher by the same name (although stylized as TH1RTEEN R3ASONS WHY). It was a fan-favorite and hit the top of the New York Times best-seller list in 2011 with the paperback edition, so the fanbase is there. Combine that with a Netflix audience that has not been let down with an original series, and there is no doubt that this series will take you on a journey that you can't escape from (until you've finished every. last. episode).

Netflix has just announced exclusively with Romper and Bustle that the series is set to release March 31, 2017. It tells the story of Clay Jensen (played by a newcomer Dylan Minnette) who finds a mysterious box lying on his porch one day after school. Inside, he finds cassette tapes recorded by a girl named Hannah (who he went to school with). Hannah recently committed suicide — and the tapes are her note. On the tapes are 13 reasons why she decided to end her life.

The tapes point to 13 people who Hannah blamed for her depression. They are to be passed to each person named on the tapes, and in the book, if the tapes don't reach all 13 people, they'll be released by another (unknown) individual to everyone.

The series will explore how these 13 lives impacted Hannah and ultimately played some part in her decision. It becomes increasingly more complicated knowing the fact that these lives are high school students, who are experiencing things for the first time and making decisions that can impact other people's lives (even if they don't realize it at the time). Whether they choose to listen to the tapes or live without knowing what Hanna's message for them is is something fans are going to have to tune in on March 31 to find out.

13 Reasons Why isn't the only big hitter Netflix has launching in March. The much awaited Marvel's: Iron Fist will also premiere on the streaming service March 17. So get ready, plant your butt on the couch, and get comfortable, because you just booked up your month.