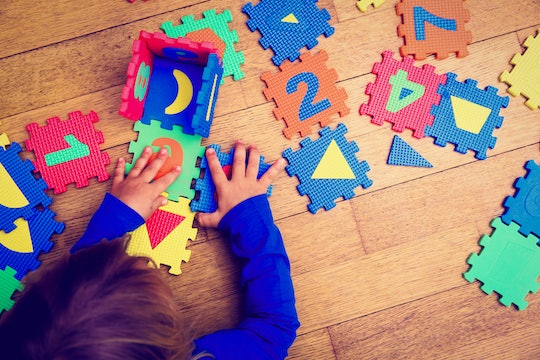 Interesting New Research Sheds More Light On What May Cause Autism

Shedding more light on the condition's cause, a new study on autism has found an interesting link. In the new research published today, July 2, scientists from the University of North Carolina School of Medicine say their findings are "groundbreaking" as it revealed more information about a gene mutation in early brain development that could lead to even more promising research.

According to the research published in Neuron, Dr. Eva Anton, a professor at UNC Chapel Hill and the lead researcher, along with his team discovered that the cause of Autism Spectrum Disorder (ASD) could lie in molecular details of a key process found early in brain development. The research reveals that during the formation of the cerebral cortex — which is the part of the brain responsible for higher function in humans including perception, speech, long-term memory, and consciousness — precursor cells responsible for laying the groundwork for additional formation are misarranged in the brains of children with autism. This misarrangement, caused by the mutation of a protein called Memo1 that is needed for brain development, eventually leads to neuronal disorganization, the research found.

"The findings overall suggest that Memo1-associated autism may be wired into the brain very early in development," a press release for the study reads. Dr. Anton says that the research could be critical in making additional progress.

“For disorders of brain development such as ASD, it is important to understand the origins of the problem even if we are still far away from being able to correct developmental disruptions occurring in utero,” he said in a statement. He also noted that this foundational knowledge could help get to the root cause of autism and eventually lead to the development of better therapeutic strategies.

According to the study, these findings signal a shift in the scientists’ research, which will now focus on human brain organoids, or a kind of “mini brain,” which can be grown from stem cells derived from patients with ASD.

The U.S. Center for Disease Control and Prevention (CDC) says that currently 1 in 59 children born in the United States are diagnosed with autism, which is a "developmental disability" that can impair social, communication and behavioral skills. While no cure has been found, a variety of treatment and intervention options are available to improve development in children with the disorder.

Early intervention, according to the CDC, can even help children from birth to 3 years of age learn important skills and services like therapy can help them to walk, talk, and interact with others. Treatment options for particular symptoms including speech therapy for language delays also help to manage the disorder’s effect.

With an increase in childhood cases of autism in the past decade, many parents are also turning to dangerous “treatment” options, like bleach, which are falsely touted as a “cure-all” for the disorder, and more. This misinformation, spread in part by the lack of awareness around the disorder, is causing “serious alarm” in public health official and agencies, physicians, activists, and parents alike.

However, while ASD continues to be a health concern with many unknown answers, researchers like Dr. Anton and his team at UNC are making strides to better understand the disorder and offering some clarity to those who are looking for tangible solutions.