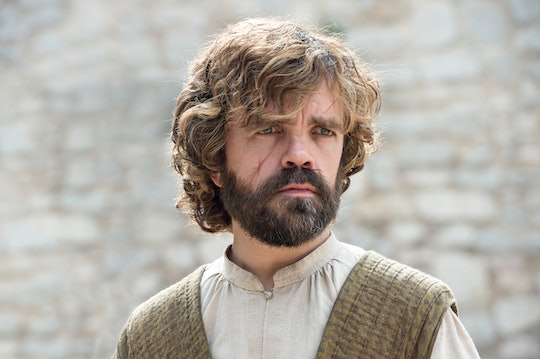 Did you hear that? That's the sound of a million fans tearing their eyeballs out after seeing the new HBO Game of Thrones season six teaser. Folllowing a tumultuous season five finale and months of waiting, Game of Thrones fans were treated to a new sneak peek at the rapidly approaching season premiere, just days after HBO also unveiled a line-up of new episodic stills meant to whet people's appetites. Unfortunately, it the teaser also revealed one seriously concerning spoiler that made everyones' heads spin. Update: The leaked trailer has since been removed from YouTube by HBO, but you can still catch an abbreviated version of the teaser below.

No pun intended, of course. (Alright, pun sort of intended.) The new teaser is a brief that, aside from one major reveal, doesn't feature much in the way of new material. Zooming in on some of the faces in the House of Black and White (that place where Arya lost her eyesight at the end of season five, not the similarly named store at the mall), the trailer plays soundbites from deceased characters, while flitting past their faces, which have been lined up inside the Hall of Faces at the Houe of Black and White.

There's Eddard Stark, patriarch of House Stark and Warden of the North; Robb Stark, Eddard's son and the late heir to Winterfell; Catelyn Stark (née Tully), late matriarch of the Stark clan; Joffrey Baratheon, late King of Westeros (and sociopath extraordinaire... may he rot forever); and Jon Snow, Eddard's bastard son who rose to become Lord Commander of the Night's Watch before being stabbed by his loser friends (I have a lot of feelings about this still, alright?). All expected, posthumous dedications for some of Game of Thrones' fan favorites. And then the camera pans to one more mug in the Hall of Faces wall: Tyrion Lannister.

Go ahead and scream with me for a minute, it's okay.

But that's not even the craziest part: Fans paying close attention to Snow's voiceover, which is the last to speak, will note the peculiar passage the producers chose to employ here. "The long night is come," Jon's voice speaks. "And the dead come with it."

But wait! It gets much, much worse. Tyrion's mug isn't the only sad-face sitting in the Hall of Faces: as the camera pans back, fans are able to spot the recognizable frowns of Danaerys, Sansa, and basically everyone you love. How's that for a teaser?

So what does it all meeeean? Is Tyrion in trouble? Will the younger Lannister brother, previously in line to be king himself, face an untimely death after managing to skirt the reaper for five seasons? Did Sansa manage to escape Ramsay Bolton, only to die at the hands of the White Walkers or wolves... or worse? Did Danaerys lose her head (pun intended) after her ill-fated run-in with the Dothraki Bloodriders at the end of season five?

Already, the fandom is in a tizzy, hashing out tragic predictions regarding the GoT gang's fates. Of course, no one can really tell at this point what's going to happen — this is Game of Thrones after all, and anything could happen (crossing my fingers for a legit Jon Snow reunion).

Although the official HBO version of the trailer is set to debut late on Sunday night (the authenticity of the leaked version is still slightly questionable, although fans certainly believe it's real), the unauthorized reveal has given fans plenty to worry over in the meantime. Are you sweating yet?