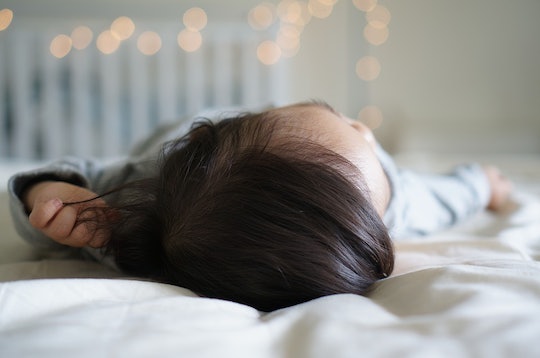 After learning that they’ve been linked to more than a dozen infant deaths, New Jersey will reportedly ban supplemental baby mattresses for sale. The move follows a decade-long lobbying effort initiated by Joyce and Rich Davis, the parents of a 4-month-old boy who tragically suffocated between the mesh side of his play yard — also known as a playpen or portable crib — and an add-on mattress. The product was reportedly advertised to be safe and would help their baby sleep more comfortably, but at the time — in 2000 — there were no labels that warned parents of the risks of using these two products together.

“You go into stores with the impression what's on the shelves is safe," New Jersey Sen. Teresa Ruiz, who introduced the bill last September, said on Wednesday, according to PIX11 News. With a unanimous vote in favor of the bill, the new legislation prohibits the sale of “unsafe supplemental mattresses designed for children’s products.”

The bill now only needs Gov. Chris Christie’s signature, which would make New Jersey the first state to legally ban these secondary mattresses, according to NJ.com.

“These dangers are completely preventable. Cribs are the most important product in your home for your baby, the only place where your child is left unattended," said Joyce Davis, founder Keeping Babies Safe — a non-profit she started after her son's death that's dedicated to educating parents about sleep safety — according to the group's website.

Although these mattresses are still available to consumers — for example, through online retailers like Amazon and at nationwide stores like Walmart — federal law tells parents not to use the add-on product and to only use the mattress that comes with the playpen, crib, or bassinet, according to the Consumer Product Safety Commission. Amazon and Walmart didn't immediately respond to Romper's request for comment regarding whether they will stop selling supplemental mattresses.

"We are ecstatic as this vote is a huge step forward in our effort to rid New Jersey of this terrible product that suffocates babies," Davis told NJ.com of the bill passing in the Senate.

While there had been an economic debate regarding the ban of these products — which reportedly said more than 100 workers in New Jersey would lose their jobs if it passed — the legislation is ultimately on its way to becoming a law, paving the way for other states to follow suit.