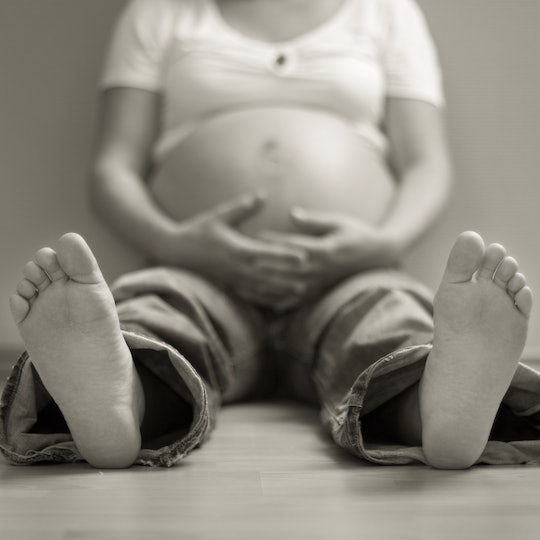 New Study May Show Link Between Antidepressants & Autism, But Here’s Why You Shouldn’t Worry Too Much

A new Canadian study published in JAMA Pediatrics on Monday suggests that second and/or third trimester use of antidepressants may result in an increased risk of autism spectrum disorder. So should you toss your SSRIs during pregnancy? Not so fast. According to NPR, many researchers who weren’t involved with the study caution women to take it with a grain of salt. Alan Brown, a professor of psychiatry and epidemiology at Columbia University who studies risk factors for autism, says that "Mothers shouldn't get super worried about it."

Further confusing the issue is the fact that evidence has previously been found to suggest that mothers who suffer from depression are generally more likely to have a child with autism, so the issue may just be depression itself, not the medication used to treat it. Moreover, a recent U.S. study found no link between antidepressants and autism, which is consistent with a Danish study on autism from 2013.

While the study claims that children whose mothers took antidepressants during the second or third trimester of pregnancy were 87 percent more likely to be diagnosed with ASD, that only translates to 31 real-life children from the study. Speaking with NPR, Bryan King, professor of psychiatry and behavioral sciences at the University of Washington and program director of the autism center at Seattle Children's Hospital cautions that many of those 31 children probably would have developed autism regardless of their mothers’ medication.

Also of note: the study's lead author, epidemiologist and biostatistician Anick Berard, has previously linked antidepressants to birth defects in other studies, and sometimes works as a consultant for plaintiffs suing pharmaceutical companies.

It’s important to remember that untreated depression during pregnancy may carry risks for the fetus, and it can also lead to an increased risk of maternal suicide, and postpartum depression. Bottom line: if you’re pregnant and suffering from depression, you should be under the care of medical professionals, who know a whole lot more than you and I do about medication and its effects. Never start or stop any treatment without discussing it with your doctor.