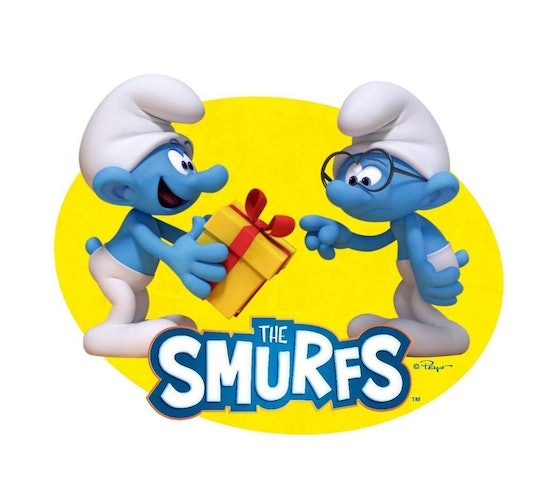 Nickelodeon Is Rebooting 'The Smurfs' & The Whole Crew Is Coming Back

Get ready for some serious nostalgia because Nickelodeon is rebooting The Smurfs. Yes, the lovable, small blue Smurfs will be back on TV sometime in the near future.

Nickelodeon announced on Thursday that the network will partner with LAFIG Belgium and IMPS (the worldwide licensers of The Smurfs) to produce a brand new CG animated series. The new Smurfs series will still follow the beloved characters that are just three apples tall — Papa Smurf, Smurfette, Brainy, Hefty, Clumsy, and more.

The new series will bring The Smurfs on brand new, fun and action-packed adventures that are sure to please both younger crowds and older generations who grew up with watching The Smurfs as a kid.

The Smurfs, which is based on the Belgian comic from the 1950s, debuted in the United States as a cartoon series in the 1980s. In 2011, the show was turned into an animated movie, which is also titled The Smurfs, and a 2013 sequel, The Smurfs 2. And now The Smurfs will continue to live on, finding their new home at Nickelodeon.

"The Smurfs have entertained generations of kids and families globally, and we are thrilled to get to bring these identifiable characters, their stories, and universal themes of cooperation, sharing, and caring for their community to Nickelodeon," Layla Lewis, senior vice president of global acquisitions for Nickelodeon, said in a statement. Longtime fans can only hope Nickelodeon will keep the very catchy theme song in the upcoming series.

The new Smurfs series will debut on Nickelodeon in the United States sometime in 2021. While that may seem like a while away, you can certainly kill some time and stream over 50 episodes of The Smurfs animated series on Boomerang for $4.99 a month after a free one week trial while you wait for it to premiere.