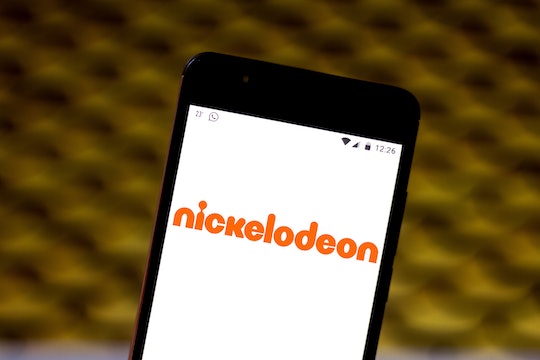 In a moment of solidarity for George Floyd, the Black man who was killed in police custody on Memorial Day after an officer knelt on his neck for nearly nine minutes, Nickelodeon went off the air on Monday evening. Along with other networks like Comedy Central, BET, and VH1, Nickelodeon paused its scheduled programming for exactly 8 minutes and 46 seconds, the amount of time Derek Chauvin from the Minneapolis Police Department had his knee pressed on Floyd's neck as he repeatedly said, "I can't breathe."

"Nickelodeon is going off the air for 8 minutes and 46 seconds in support of justice, equality, and human rights," the children's television network wrote on Instagram on Monday ahead of its moment of silence at 6 p.m. ET.

Nickelodeon's symbolic moment of silence followed a weekend of large-scale and impassioned protests that erupted across the country and abroad demanding justice for Floyd and an end to police brutality and violence against Black communities. Although Chauvin was fired from the Minneapolis Police Department and has since been charged with third-degree murder, Floyd's family has called for first-degree murder charges after an independent autopsy found that he died as a "result of asphyxiation from sustained pressure on his neck," CNBC reported. The three other officers involved in Floyd's arrest on May 25 have also been fired but have not faced any charges, according to CNN.

While many parents applauded Nickelodeon's move to go off the air in a moment of support, others criticized it as "inappropriate."

"Rather inappropriate for young children, it scares them!!" one parent commented on Facebook, while another said, "This is not the right platform for this at all. The average age of the children that watch your channel are under the age of 12 and if anything all [you're] doing is scaring children and that is just wrong."

In response to that comment, Nickelodeon pointed out a reality that "unfortunately, some kids live in fear every day." "It's our job to use our platform to make sure their voices are heard and their stories are told," the comment added.

Supportive feedback, however, outweighed any criticism directed at the network. "@Nickelodeon is just giving me more reasons to love them. Well done," one viewer tweeted. Another said, "#Nickelodeon thanks. This actually gave my kids comfort."

This wasn't the first time Nickelodeon used its platform to denounce racism and voiced its support for the Black Lives Matter movement in the wake of Floyd's death. On Sunday, Nickelodeon wrote on Instagram: "Black lives matter. Black culture matters. Black communities matter."

"We stand in solidarity with our Black colleagues creators, partners, and audiences and condemn all acts of racism, discrimination, and senseless acts of violence."