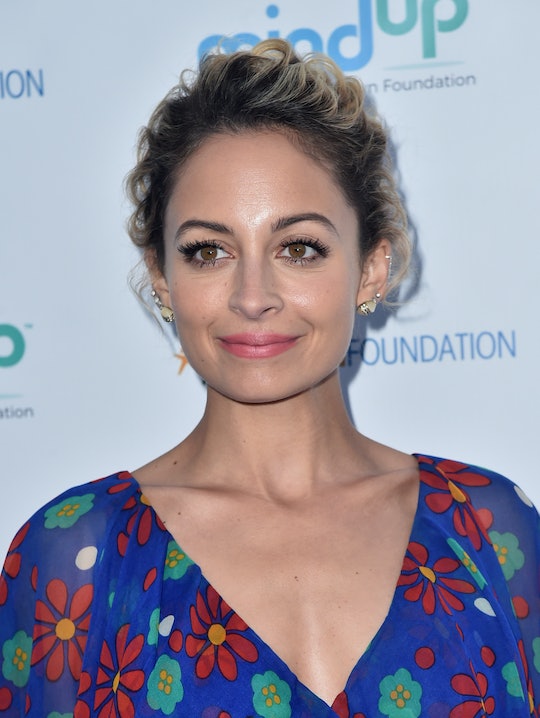 Nicole Richie's Advice To Pregnant Women Is So, So Right

When a woman becomes pregnant, something weird happens to her body, and no, I'm not talking about the fact that it literally grows another life inside of it. Suddenly, strangers think that she is open for the touching, that they can rub her belly without asking, like she's a magic lamp. Fun! Fortunately, fashion designer and former reality TV star Nicole Richie has some advice for pregnant woman about that situation they know all too well, and it's spot-on, no-nonsense guidance.

Asked in an interview with People what advice she'd give to an expectant mother, Richie said, "I would say, ‘Don’t let anyone touch your stomach,’" and added, "Don’t let everyone think they have the right to just touch you. Who wants that? Nobody." Richie has had plenty of experience with being a pregnant lady in a world full of well-intentioned but way-out-of-bounds hands. She is the mother of two children, Harlow, age 8 1/2, and Sparrow, age 7, with her husband Joel Madden. (Madden is otherwise known as the Good Charlotte singer who got you all punk-angsty in middle school.) And Richie is articulating an annoyance that many pregnant women have felt for a long time but hasn't been publicly discussed so much.

As Tonilyn Hornung wrote in a 2015 piece for Cosmopolitan called, clearly, "Don't Touch My Pregnant Belly,"

Once I started telling people I was pregnant, the unwanted advice started pouring in. But not one person told me about the Belly Touchers. That was something I had to discover all on my own — like a true secret initiation into motherhood. I was shocked.

It's certainly not a secret that, all too often, people feel as if they have a right to control or touch a woman's body without her permission. Anyone living in a place with street harassers knows that. But at least with men touching women on the street, the general public agrees that it's creepy, and that when a woman pulls away and keeps walking (or spews some choice invective at said harasser), she is in the right. It's far less acceptable to reject the "gift" of a Belly Toucher. How dare a pregnant woman deny a Toucher the chance to feel her unborn child through her skin! A Belly Toucher is only trying to share in the miracle of life with her! She should get over it, and stop being such a meanie!

There are plenty of ways to congratulate a pregnant woman, and marvel at how big human beings create tiny human beings, without having to violate said pregnant woman's personal space. Plus, pregnant woman can rub their own bellies far better than a stranger can. Exhibit A:

So next time a handsy stranger reaches out to you, refuse his or her touch without shame (unless, of course, you're someone who likes the belly touching, in which case you go ahead and have yourself a blast). Don't worry. You've got Nicole Richie to back you up.

More Like This
Are Movie Theaters Too Loud For Pregnant People? OB-GYNs Explain
Dwyane Wade Shares Beautiful Advice For Parents Raising Transgender Children
Advice For Rihanna On Having A Baby In This Country, From One Black Mom To Another
Kelly Osbourne Reveals She's Pregnant With Her First Child & Can't Wait To Be A "Mumma"