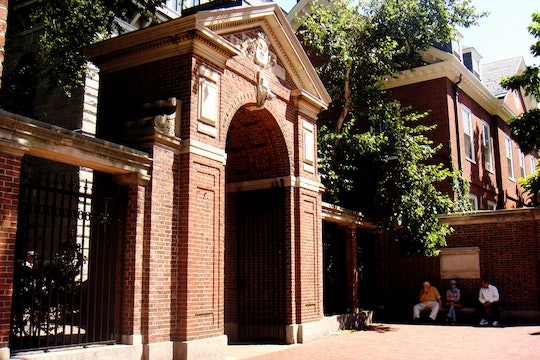 Because of fierce competition, acceptance to the United States' Ivy League universities has become more and more elusive for even the most ambitious and brilliant high school students. Even though some experts advise students against applying to all of the country's most elite schools for just this reason, Augusta Uwamanzu-Nna, who attends a public school in Long Island, did so anyhow. And last week, the 17-year-old Nigerian-American student learned she'd been accepted to all eight: Harvard, Dartmouth, Princeton, The University of Pennsylvania, Cornell, Yale, Columbia, and Brown.

As a finalist in the prestigious Intel Science Talent Search and the valedictorian of her class with a grade point average that's even better than perfect, Uwamanzu-Nna certainly has the pedigree and the smarts to make the Ivies want her. She plans to study biochemistry and environmental science, which is notable because in recent years groups interested in girls' educational advancement — from national advocacy organizations to the White House — have mobilized to arm girls and their educators with the necessary tools to pursue (and help them pursue) careers in science, technology, engineering, and math (STEM) fields.

“It’s so surreal,” Uwamanzu-Nna told The New York Times. “It’s still hard to actually believe that this has happened to me.”

I think it's safe to say, though, that being accepted into all eight Ivies — not to mention Johns Hopkins, Massachusetts Institute of Technology, New York University, and Rensselaer Polytechnic Institute as well — is not something that simply happened to Uwamanzu-Nna. She earned it.

In 2014, the average women working full-time made 79 percent of what men earned doing the same job, according to the American Society of University Women. Women in STEM earn 33 percent more than women in non-STEM occupations and experience a smaller wage gap in relation to men, according to the White House's Office of Science and Technology.

It's refreshing, exciting, and downright inspiring to celebrate young innovators like Uwamanzu-Nna, for their drive and potential as well for their assurance to young women that so much is possible. Uwamanzu-Nna's acceptance to eight of the most prestigious schools in the world is just the beginning for her. Once she makes her official decision by May 1, the real question will become what will she do next?

In the meantime, it seems we'll have to wait patiently to find out.