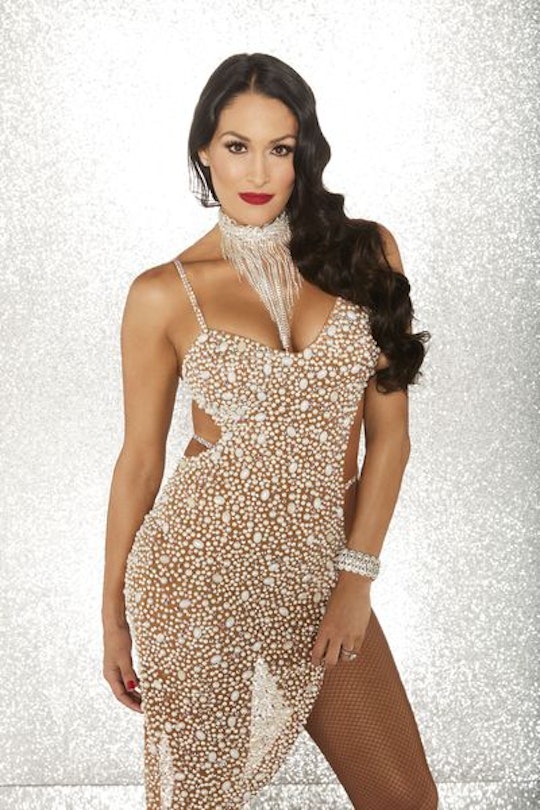 The night on the show started with another dance to one of my all-time favorite songs from one of my all-time favorite Halloween movies, the "Time Warp" from Rocky Horror Picture Show. While some other dances were Halloween themed mostly due to costuming, like Val and Victoria's dance, Bella's routine along with her partner Artem Chigvintsev was taken right from the Sanderson Sisters' greatest hits album — which every true Halloween fan can appreciate. They danced an energetic jive to "I Put a Spell on You," and it was so much fun. Bella may not be the leader of the pack quite yet, but when she puts her all into a dance you can really see it and I think that's when her dances are the most fun. Of course, it also helps when you get a fun, fan-favorite song to jive to.

Bette Midler was hardly the first person to sing the song, but she was definitely my favorite person. In a movie filled with fun moments, Midler's Winnifred Sanderson taking over the adult Town Hall Halloween party with her rendition of the song is a classic scene. Luckily, the Hocus Pocus version of "I Put a Spell on You" is the one these two performed their routine to, complete with the minor lyric changes that made it particularly witchy. And who doesn't love a good witchy jam, especially around Halloween? Clearly, I do.

The dance was set in a Starbucks, cheekily renamed a "Spellbucks," with Bella as the leader of three witches who take over the coffee joint. I thought it was great, but I'm no great dance judge, so apparently I missed the few mistakes that the actual dance judges pointed out. They didn't seem to think it was her best performance ever. Judge Len Goodman said that it lacked "umph." Bruno Tonioli, always a little kinder in his pronouncements than Goodman, said that Bella had a few mishaps and couldn't quite get back into gear again, but that she shouldn't worry because it happens to everyone.

The judges gave the couple three 8s, for a total score of 24 out of 30. It's not Bella's best score ever, but it's certainly not bad. But while it perhaps wasn't an especially high mark, Tonioli at least seemed sure that Bella would be returning for the following week, advising her to come back and kill it in her next routine. Her next routine, by the way, was just a few minutes later as part of the team dance. In this part of the competition, dancers are split into teams and their combined scores are added to their individual scores (another one of my favorite nights on this show).

For what it's worth, Bella told host Erin Andrews before they received their scores that she does have a lot of fun during rehearsals thanks to her hilarious partner. "Artem makes this really fun," she said, explaining that his great sense of humor helps to alleviate some of the stress and tension. So regardless of their scores this week, at least these two seem to be enjoying themselves.