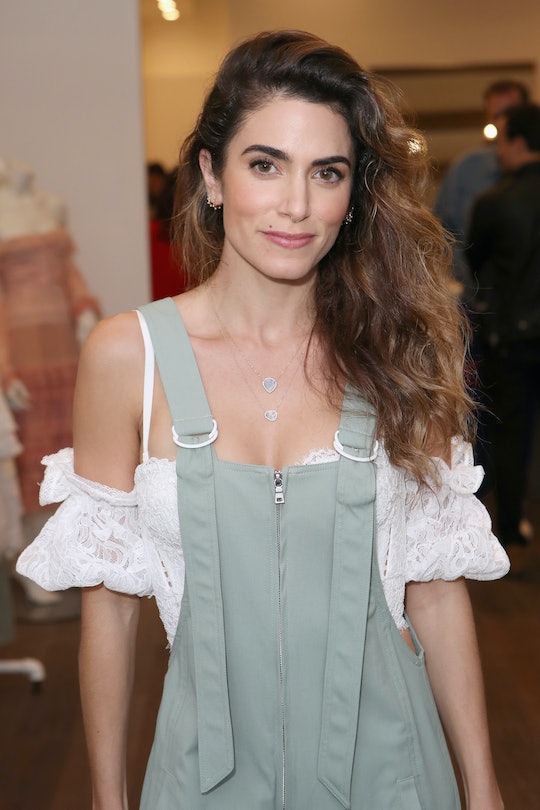 Breastfeeding is no easy task. While some mothers breastfeed well into their child's first year, others stick with the journey much longer. In fact, no one's journey is quite the same, even if you're a celeb mom who's constantly in the spotlight. Nikki Reed's post about how long she'll breastfeed is what every mom needs to hear.

In her latest Instagram post, the Twilight alum gives a candid look at what her daughter's personal feeding journey has looked like the past few months.

She's still breastfeeding and has no idea when she will stop, she said in her post.

"I often get asked how long I plan on breastfeeding. To be honest, I have no idea how long her and I will be on this journey together. I follow her lead, and she tells me exactly what she needs. At 20 months she is only just becoming interested in food. I discovered after a year of blending and smooshing and mashing, that my daughter doesn’t like mushy baby food."

No matter how hard she tried, baby Bodhi just didn't seem to respond to puréed food.

"Wild right? It wasn’t until someone suggested I skip puréed food and go straight to finger foods that she became intrigued by what was on her plate," Reed continued in the caption of her photo. "Who knew some kids just don’t ever go for blended baby food. I tried bananas, avocado, all the semi-soft good stuff and she rejected everything. Never in a million years did I think to skip that step when she only had two teeth. Also, I thought all babies loved avocado!"

Sounds a little bit like baby-led weening, where the child decides how and when they want to eat real food, according to Mama Natural. But, mamas always know best, and Reed wants to encourage them to trust their own guts.

"So all you mamas out there having trouble feeding your little one the mushy stuff, maybe try over-steamed veggies diced up itty bitty so he/she can play with textures. I wish someone had told me this sooner!"

If your little one isn’t eating puréed solids, they might want to go straight for big people food! Right now that's where were at, still breastfeeding and skipping right to finger foods. Also, in case you need to hear it again because I definitely did, whatever you’re doing you are doing it right! Every baby is on their own path doing things when and how they need to, and our job is to trust our gut, talk to other mamas and just go with the flow!

Being the fashionista she is, Reed couldn't get through the post without pointing out their cute mommy and me outfits. Because, come on, adorbs.

"Ps accidental matching outfits...come on! This bloomer/hat combo courtesy of both Grandmas making all my baby-wardrobe dreams I didn’t know I had come true."

While the American Academy of Pediatrics recommends breastfeeding your baby for a full six months, some babies can start on solids anywhere from 4 to 6 months, according to the Mayo Clinic.

So how can you tell your baby is ready for solids? There are several key factor to look for, according to the Mayo Clinic:

It's encouraging to see a celeb with such a supportive stance on breastfeeding and feeding in general, a topic that can be extremely loaded in the mothering world.

And fans are applauding her honesty.

One fan said, "Baby led weaning! 🙌🏻 it’s actually better for them to learn to eat that way because it allows them to become confident eaters and learn how much door to put in their mouths."

Another commented on her own personal journey, "I still breastfeed my three and a half year old, I’ve been asked when I will stop as well, but I don’t even know. I wasn’t planning on going this long."

And one was just happy to have the support, "Saving this post so I can look at it as a reminder for the next baby. You're amazing ❤"

There's no telling when Reed will stop breastfeeding. She doesn't even know herself. And chances are, if she has another baby (if she decides to) they will have a totally different feeding pattern for her to get used to. Such is the life of a mom!