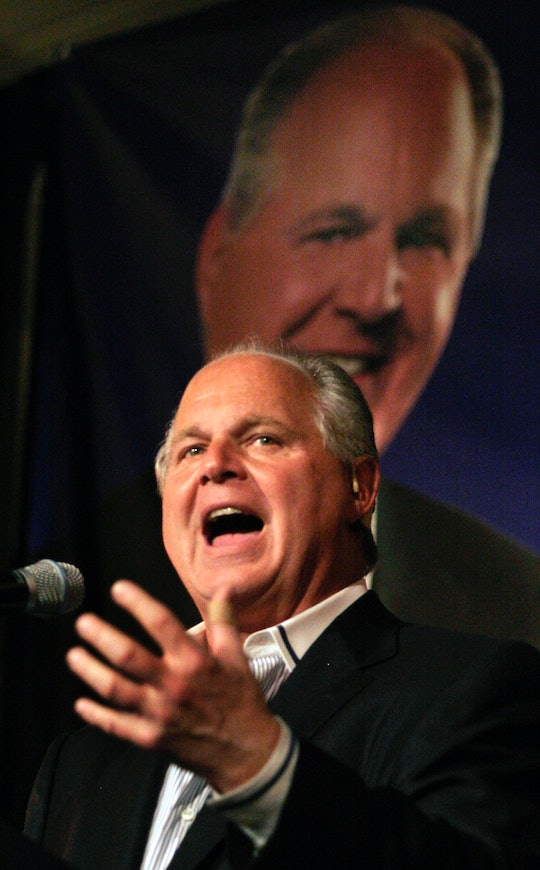 A government conspiracy is sending flannel-wearing lesbians to take over rural America and threaten its values — at least that's what popular conservative host Rush Limbaugh wants you to believe. Last week, Limbaugh profiled the 15th annual LGBT Rural Summit in Iowa hosted by The Office of the Assistant Secretary of Civil Rights and the United States Department of Agriculture. The meeting was a chance for federal agencies to give LGBT farmers more information on programs and services that protect and strengthen the LGBT rural communities. Topics ranged from community facility grants, to rural housing loans and bullying. And despite Limbaugh's insistence later on, here's the thing: Lesbians aren't becoming farmers to attack rural American states, no matter how much he wants you to think it.

In fact, they've been farmers all along, and as far as we know, they haven't yet tried to stage any full-fledged attacks on your liberty.

“Have you heard the latest Democrat scam?” Limbaugh asked on his show last week. "[W]hat the point of this is, folks, it’s not about lesbian farmers. What they’re trying to do is convince lesbians to become farmers,” he said.

Despite what Rush Limbaugh might have you believe, LGBT Americans are not on a mission to bend traditional rural American values. The program is targeted at the nearly 10 percent of same sex couples live in rural areas, according to the USDA. In fact, 35 percent of LGBT Americans live in the South, where they are afforded fewer employment protections and weaker healthcare, The Williams Institute reported, based on figures from the 2013 census.

And it could be worse for the younger generations. "LGBT youth comprise up to 40 percent of our nation's homeless youth population," singer Cyndi Lauper, who started the True Colors Fund, an organization that partnered with the USDA to promote the rights of LGBT youth across the country, said in a statement released by the USDA. "Those in rural communities face incredibly unique challenges and are such an important and often overlooked part of this conversation."

Limbaugh's comments began trending on Facebook this week after the story was unearthed, striking a nerve among conservatives and liberals alike. Conservatives learning about the program decried it as a waste of taxpayer money. The Washington Free Beacon, a politically conservative website, complained that the summit will teach “lesbian and transgender hillbillies how to get subsidies from the government.”

"[T]he objective here is to attack — they’re already attacking suburbs, and that has been made perfectly clear by what happened in Milwaukee," Limbaugh added last week, referencing the riots that broke out, following another police-involved shooting. "And they’re going after every geographic region that is known to be largely conservative."

What Limbaugh fails to take into account in his comments, is that these communities already exist. LGBT Americans are already living in rural and conservative areas, and they deserve equal access to services available in other parts of the country. Despite the radio talk show host's attempts to rile up controversy and scare listeners into believing an LGBT war was about to be waged on rural America, those things couldn't be further from the truth.