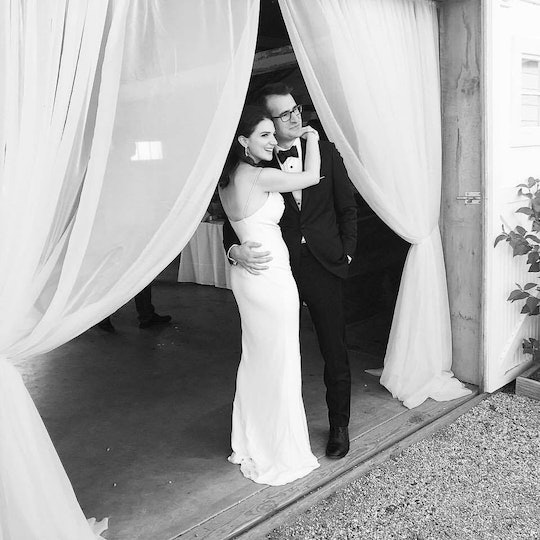 I was never the kind of person who dreamed about baby names. It had always been something I considered in the abstract, in the same vein as my daydreams over traveling to Vietnam or what message I'd wear on my t-shirt if I ever appeared on The Price Is Right. Sure, my husband and I had joked about it — whenever anyone asked if we planned on having kids, we always said we wanted to have two: one named Jafar, and the other named Return of Jafar —, but because I was never quite sure whether I wanted to become a parent to begin with, I had never seriously considered it. So when I accidentally got pregnant last spring, the question of what we should name our baby suddenly presented itself in a very real, urgent way.

Which is why I totally sympathize with the dude who, in a recent edition of Slate's Dear Prudence column, wrote in to say that naming his baby had brought him and his wife to the brink of divorce. Citing his wife's preference for "trashy" names like Madison, Lauryn, or Bethonie, the man wrote that naming his baby was prompting him to question the "foundation of our relationship." "Obviously, I can’t just leave now because I am committed to the child, but how can my wife and I get past this major red flag?," he asked.

The dude's douche-y elitism aside (though, OK, yes, Bethonie is flaming garbage), I totally got what he was saying. When it came to naming our child together, it is not an exaggeration to say that my husband and I almost came to blows. It was so difficult to agree on a name that it got to the point where I was concerned our child would have to run around with a name like "Baby Boy" or "Male," like some grubby, unclaimed orphan in a Dickens novel.

I didn't think it would be this difficult. My husband and I agree about most things — politics, religion, the weirdly unacknowledged annoyingness of Kristen Wiig — so I figured coming up with a name for our child would be a snap.

At first, I told him I wanted to give our son an Italian name, a nod to his half-Italian heritage. I spent hours poring over Italian baby names on the internet, carefully identifying which ones corresponded to which trait I wanted my unborn child to have. On a train ride from a trip to the Hudson Valley, I read them to him, one-by-one: Alessandro (defender of mankind), Massimo (most excellent), Antonio (priceless, of eternal value). I wanted something that would serve as both an homage to his Italian dad and something that could be shortened and Americanized for playground use. He was unimpressed.

"I don't want to give my son some foreign name that everyone's going to spend his entire life mispronouncing," he said. "Americans are too stupid for us to give him an Italian name."

Undeterred, I moved on to literary names, as both my husband and I are big readers (or at least we'd like people to think we are). "Holden?" I asked, referring to the pensive protagonist of Catcher in the Rye.

"Trash," he said. "People only name their baby Holden to prove that they read books. Big deal, everyone read Salinger in eighth grade."

"Atticus?" I asked, referring to the quietly dignified hero of To Kill a Mockingbird.

It went on like this for some time: I came up with baby names that I thought were both cute and had some personal significance — as a fan of the films The Producers and The Odd Couple, I really liked the names Leo, Oscar, and Max, and thought it would be adorable for a tiny baby to have an old man-Jewish name — and my husband came up with some oddly specific reason for hating each one. Max was too plain, Oscar too geriatric. Leo La Ferla? No, thank you. The alliteration made him sound like a suave, Italian cartoon lion. The fact that my parents and in-laws felt the need to voice their own, very strong opinions about our baby names didn't help matters any.

The only one he liked was Jack, inspired by his former hero Jack Kerouac. But I knew a Jack at my previous job who wore leather pants and was overly fond of the social networking app Periscope, so that was out. No child of mine is going to be named after someone who wore leather pants, I decided.

No one tells you this when you're pregnant, presumably because there are so many other physical and emotional challenges that accompany your condition, but choosing a baby name with your partner highlights the weaknesses in your relationship in a very specific, very tangible way.

I realize that by recounting my husband's objections to all of my baby names, I am giving the somewhat uncharitable impression that it was his fault and his fault alone that we were unable to choose a name. But that's only because it was, in fact, his fault and his fault alone. My husband is fiercely smart, sexy as hell, and virtuous to a fault, but he will also be the first to tell you that he is the most stubborn man on the planet. So it was no surprise to me that nearly eight months had passed and we hadn't gotten anywhere.

No one tells you this when you're pregnant, presumably because there are so many other physical and emotional challenges that accompany pregnancy, but choosing a baby name with your partner highlights the weaknesses in your relationship in a very specific, very tangible way. This isn't surprising in itself — after all, choosing a baby name is effectively the first permanent parenting decision you ever make — but as my belly expanded and our arguments grew in intensity, I was forced to confront the fact that while I had known my husband was incredibly bull-headed for years, this was on an entirely different level, and I didn't think it'd bode well for the future of our relationship.

When the hospital brought his birth certificate forms, we proudly wrote it down. I don't think it was either my husband's or my first choice, but it was the first of the many compromises and joint decisions we're going to have to make over the course of our marriage.

One night, when he came home late from work and I was in a particularly foul mood, I blew up at him. "I feel like you're not taking this seriously," I said. "This baby is coming, whether we have a name or not. I don't want to be arguing about this in the hospital just because you're too stubborn and indecisive to come up with a name."

"I'm sorry," he said, "but it's not like you've managed to settle on something you love, either." I had to concede he was right. Sure, I'd been scanning the lists and circling names in books, but I hadn't actually settled on anything I really wanted to name my child. I had been waiting for the "perfect name" to pop out at me like an actor at a Halloween haunted house, but I had to concede that wasn't going to happen. Much like I did after I found out I was pregnant, I had to make a decision quickly and we'd scrap together an ad hoc plan from there.

Eventually, over brunch, we came up with a name that was significant to the both of us, albeit for different reasons: Solomon, or Sol for short. My husband is an architect and painter, and Sol LeWitt is one of his favorite artists, and Sol was the name of my deceased grandpa, who was one of the most wholly decent men I had ever known. My grandpa was a loudmouth and it was often not easy to become ensnared into a conversation with him about arcane topics, such as his advocacy for the United States Merchant Marines and his bizarre demonization of former International Ladies' Garment Workers Union David Dubinsky, but he was kind and honorable and wise and loving and I wanted my Sol to have those same qualities.

A week later, my water broke on the couch during an MTV reality show and Sol was born, a month ahead of schedule. When the hospital brought his birth certificate forms, we proudly wrote it down. I don't think it was either my husband's or my first choice, but it was the first of the many compromises and joint decisions we're going to have to make over the course of our marriage. And for that reason, whenever I hear my son's name, I am filled with both a sense of swelling pride and gratitude that I did not knife my husband in the balls during my pregnancy.