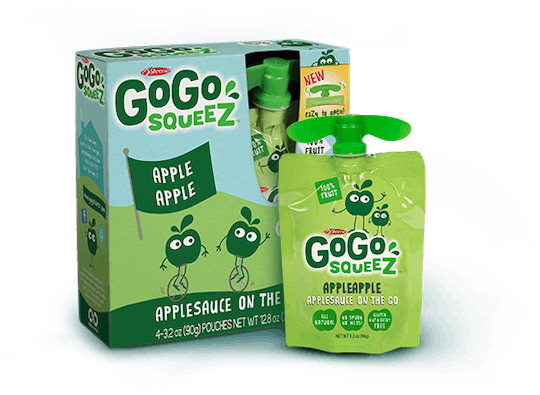 It can be hard to keep up with what feels like endless announcements of product recalls, especially when you're a parent. But if warnings of another applesauce recall has been popping up on your newsfeed, there's no need to worry: it turns out that the GoGo squeeZ applesauces aren't being recalled again. News of a recall of kid-friendly GoGo squeeZ applesauce packs was picked up by a number of news outlets Tuesday, but in an announcement on their website, the company says the stories are false, and appear to be mistakenly based upon an actual recall of the product that occurred in March 2016.

The articles state that certain non-organic GoGo squeeZ products have been voluntarily recalled by the company due to quality concerns, and that pouches and cartons with best before dates between Dec. 4, 2015 and Mar 4, 2017 may have been affected. Consumers have been urged to contact the company to receive a replacement product, but GoGo squeeZ has said that the issue, discovered last year, "has long since been corrected." GoGo squeeZ also noted that their products "have been back in full production for months," and that they "are confident in the quality of the products [they] are sending to your stores."

The 2017 recall was said to be the second recall of GoGo squeeZ products since a voluntary recall in 2015, when mold was found in some packages. That really did occur, according to ABC News, and the recall affected all GoGo squeeZ products produced in the United States that had a "best by" date between June 30, 2016 and July 26, 2016. But the company also emphasized that, while obviously gross, the mold in question was "common mold (like what can form on fruit)," and isn't actually a health hazard if ingested.

GoGo squeeZ products remained problem-free until the March 2016 recall, which the company said involved the discovery of "food product residue in two product pumps" in a Michigan factory. While GoGo squeeZ noted that no evidence of residue was found in tests done on the product itself, CEO Michel Larroche said in a statement on the company's website that it was issuing the recall "in an abundance of caution," and offered an apology to any consumers who "may be losing patience" with GoGo squeeZ after yet another recall announcement.

Of course, product recalls are totally unsettling, especially when they involve products which kids may use or consume. But if your child is a fan of GoGo squeeZ, the good news at least is that there's no reason to worry, despite the confusing reports.