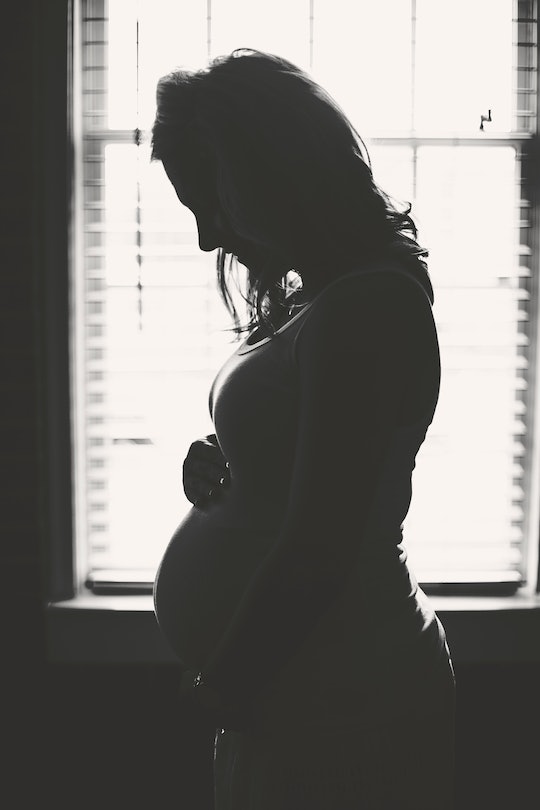 Getting Norovirus While Pregnant Is The Pits

It's that time of the year again — norovirus season. The time of year when kids and their parents become sick, putting them out of school and work for days. The ruthless stomach bug does not discriminate when it comes to infecting people — and pregnant women can be an especially vulnerable target. But while suffering through norovirus symptoms while pregnant may be awful, they are fairly easy to survive — because as a pregnant woman, you're incredibly tough.

When the norovirus comes into your home or hits you — you'll definitely know it. That is because norovirus symptoms begin to show anywhere between 12 to 48 hours after a person becomes exposed to the bug. The symptoms of the virus are pretty obvious, according to the Centers for Disease Control and Prevention. The main and most common symptoms of norovirus include diarrhea, vomiting, nausea, and stomach pain. According to the CDC, other symptoms include having a fever, headaches, and body aches. None of these awful side effects are easy to live with, especially when they feel like they are happening non-stop over the course of a few hours or for multiple days. (According to the CDC, the symptoms can last for up to three days.)

Pregnant women should get familiar with these symptoms — according to Mom Junction, about 1 in 5 pregnant women will become sick with symptoms of norovirus every year. But luckily, according to Pregnancy Magazine, studies have shown that there are "no unique harms of norovirus when you're pregnant." In other words, while the symptoms are awful and annoying, keep in mind that they are temporary and likely won't hurt you or your baby.

The symptoms of the virus, however, can lead to to a significant loss of fluid, which can lead to dehydration, according to the CDC. According to Pregnancy Magazine, extreme dehydration could lead to preterm labor and contractions and could also possibly lead to "giving birth earlier than you should." Because throwing up and nausea are main symptoms of norovirus, it is important for pregnant women to remain hydrated while they are sick. Water, sports drinks, or other drinks without caffeine or alcohol can help with mild rehydration, according to the CDC.

Unfortunately, because the norovirus is a virus, there is not any specific medicine to treat the illness, other than remaining hydrated and getting plenty of rest. Those infected will just have to wait the virus out. But as most people know, pregnant women are fighters. So if you can get through normal pregnancy symptoms, you can survive norovirus, easy.