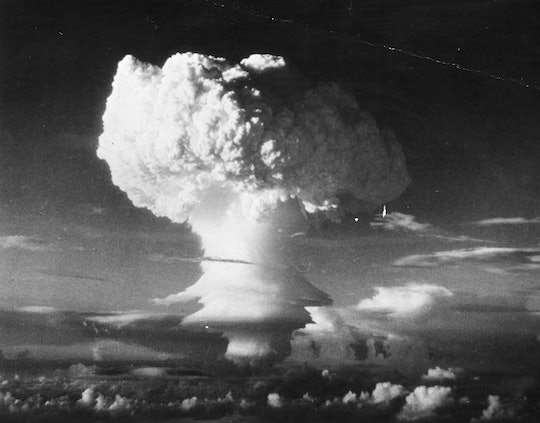 Following speculation of a potential nuclear test after an earthquake-like event registered Tuesday, North Korea said it successfully tested a hydrogen bomb, according to the Associated Press. The test marks the fourth time the condemned state has exploded a nuclear device. North Korean news agency KCNA shared the news with what was reportedly a handwritten note from leader Kim Jong Un, reading "let the world look up to the strong, self-reliant nuclear-armed state."

According to BBC News, Kim first announced in December that his country had a hydrogen bomb, releasing a statement claiming that North Korea was "ready to detonate a self-reliant A-bomb and H-bomb." The White House questioned the claim, however, noting that while they "take very seriously the risk and the threat that is posed by the North Korean regime," possession of a hydrogen bomb would mark a huge shift in the country's nuclear capabilities, and the intensely secretive nature of the communist state makes independent verification of such claims difficult, according to the BBC.

News of the nuclear test has sparked a backlash from other countries, including North Korea's allies, China and Russia, according to the Associated Press. Michael Madden, an expert on North Korea, suggested that the timing of the test also appears to be a way for the country to ensure that its nuclear capabilities will be an important issue during the U.S. election:

With Iran being off the table, the North Koreans have placed themselves at the top of the foreign policy agenda as far as nation-states who present a threat to the U.S.

But skepticism about the country's claim that the test was a hydrogen bomb remains high. According to South Korean news agency Yonhap News, South Korea's military believes that Tuesday's relatively-small detonation was "too weak for a hydrogen bomb." Other countries that have successfully tested hydrogen bombs, like the United States and Russia, saw detonations of roughly "20 to 50 megatons" — much greater than North Korea's, which measured only 6 kilotons. Bruce Bennett, an analyst with the Rand Corporation, agrees, according BBC News:

The bang they should have gotten would have been 10 times greater than what they're claiming. So Kim Jong-un is either lying, saying they did a hydrogen test when they didn't...or the hydrogen part of the test really didn't work very well.

But even if the explosion fell short, John Everard, former British ambassador in Pyongyang said, according to BBC News, that "an explosion of that size is quite enough to wipe out a city and I think that, of course, is deeply worrying"

"If there's no invasion on our sovereignty we will not use nuclear weapon," North Korea said, according to CNN. "This H-bomb test brings us to a higher level of nuclear power."