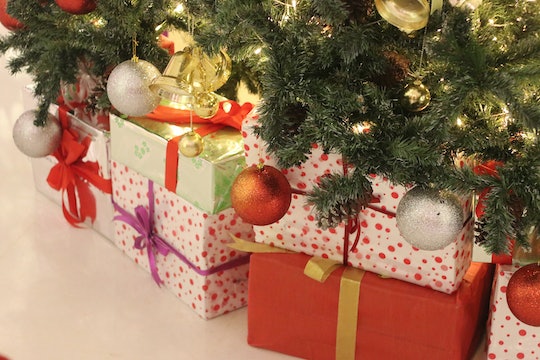 NRA Lobbyist Is Worried About Taking Assault Rifles Away From Children, & Twitter Is Livid

It's no secret the U.S. has a serious gun problem. The number of mass shootings that happen in a year is appalling. And now that summer break is coming to an end, students across the country are returning to school with bulletproof backpacks and will taking part in lockdown drills. Teachers will have received active shooter training — with some of them may even be armed. In the midst of all this nonsense, apparently an NRA lobbyist is worried about taking assault rifles away from children. And Twitter is having none of it.

On Friday, Aug. 16, Florida National Rifle Association (NRA) lobbyist Marion Hammer addressed state economists about a constitutional amendment proposed for the 2020 ballot that would ban assault weapons. Hammer argued that such a ban would drive gun manufacturers out of the state.

“Gov. Rick Scott and Enterprise Florida solicited and offered significant financial incentives to gun manufacturers to come to Florida to bring more jobs,” she said, according to the Tampa Bay Times. “If I were the owner of one of these firearm manufacturing companies, I wouldn’t wait to see what voters do. If this were allowed to go on the ballot, I’d say, ‘I’m outta here.’”

Which, I mean, her logic on this matter isn't flawed. The proposed constitutional amendment would prohibit future sales of assault rifles in Florida — and it would require current owners to either register these types of weapons with the state or forfeit them, according to the Miami Herald. So it makes sense that an NRA lobbyist would be against a ban on assault rifles.

However, there was zero logic in Hammer's next statement — which was actually deeply concerning considering the recent string of mass shootings in El Paso, Dayton, and Gilroy. (Not to mention the notably devastating Florida shootings at the Pulse night club and at Marjory Stoneman Douglas High School.) The NRA lobbyist, according to Newsweek, said:

How do you tell a 10-year-old little girl who got a Ruger 10/22 with a pink stock for her birthday that her rifle is an assault weapon and she has to turn it over to government or be arrested for felony possession?

As you can imagine, Twitter had plenty of helpful suggestions for what a parent might say in such a situation. One person commented, "Well, Marion, you act like the parent you should be and tell your daughter she can’t have it. Kids with assault rifles who do not have consistent parental boundaries are accidents waiting to happen. Good lord."

Another Twitter user wrote, "I’ll help you... 'That rifle you got for Christmas is an assault weapon. They’re not safe and they’re now illegal.' 'Oh, you mean they’re not safe like the romaine lettuce you threw out when I was 9 because it wasn’t safe?'"

Another clearly fed-up and unsympathetic person commented, "Assault weapons are a product of war. Period. If they want to use them, they should join the military. These are not civilian grade weapons, let alone to be in the hands of minors."

Meanwhile, someone else chimed in with, "I mean, I know you might be scared sh*tless of a 10-year-old who is not emotionally developed yet AND is armed with a rifle for some reason but that's why we're taking the damn thing away, Marion."

Still others couldn't suppress their sarcasm. One Twitter user wrote, "I see your point. I remember when my dad bought me an Iron Maiden and I was so bummed when the authorities came and took it away. Never mind about the grenade launcher for my birthday." LOL.

There is so much wrong with Marion Hammer's "But what about the children?" nonsense, that I don't even know where do begin. Why would a 12-year-old have an assault rifle in the first place? And why would it be a problem for said 12-year-old to no longer have one? If Sorry, but if Hammer truly cared about the welfare of children, then she would support this common-sense ban on weapons of warfare in Florida.