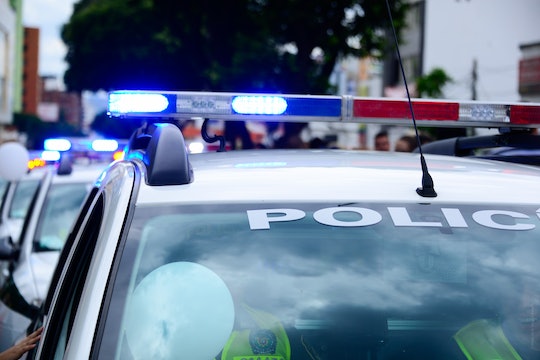 In Maplewood, Missouri, and a growing number of cities across the United States, one law intended to curb crime rates actually has another, more dangerous consequence: So-called "nuisance laws" hurt domestic violence victims by putting them at risk of eviction if they call police more than twice within a 180-day period of time. According to the American Civil Liberties Union, that places victims of domestic violence and harassment squarely between a rock and a hard place, forcing them to choose between immediate safety and housing security.

Nuisance laws — which are also called disorderly house ordinances or crime-free ordinances — are local laws that punish residents and landlords for police calls. According to Slate, if an address places a certain number of calls to police within a certain time frame (two calls within 180 days, in Maplewood's case), property owners must either make the "nuisance" stop somehow or face penalties, such as costly fines or the loss of their rental license. For residents, that often means a swift eviction.

Just this week, the ACLU filed a federal lawsuit against Maplewood for allegedly forcing a domestic violence survivor, Rosetta Watson, to move out of her rented home of two years and leave Maplewood for six months. Watson's crime? She had reportedly called police several times after her ex-boyfriend broke into her home and physically assaulted her — in one instance, kicking in her front door and punching her in the head.

Later, after Watson moved to St. Louis, her ex-boyfriend broke into her home once again and stabbed her in both legs. Scared of facing a similar nuisance law, Watson took herself to the hospital instead of dialing 911. There, staff called police, and her former partner was arrested and pled guilty to domestic assault.

"Housing security and access to police assistance are often essential for victims of domestic violence to escape life-threatening violence," Sandra Park, an attorney with the ACLU Women’s Rights Project, said in a statement on Friday. "Laws like this are not only unconstitutional — they silence crime victims, empower abusers to act with impunity, and jeopardize community safety."

The worst part? This isn't the first time the ACLU has taken a city to court over its nuisance laws. In the last few years, the civil liberties group has also represented domestic violence victims in lawsuits against Norristown, Pennsylvania, and Surprise, Arizona, and according to NPR, similar laws have cropped up in cities in New York, Wisconsin, and Iowa, among others.

Especially for low-income women, the risk of eviction is no idle threat. When Lakisha Briggs, a mother in Norristown, Pennsylvania, reportedly woke up in a pool of blood after her boyfriend slit her throat with a broken ashtray, she told NPR:

The first thing in my mind is let me get out of this house before somebody call. I'd rather them find me on the street than find me at my house like this, because I'm going to get put out if the cops come here.

Both Norristown and Surprise changed their laws after they were sued by the ACLU, and Norristown municipal administrator Crandall Jones told NPR that police now work with residents to try and resolve the issues leading up to persistent police calls, rather than trying to limit the number of calls themselves.

However, it shouldn't take a lawsuit to convince cities to protect their residents, and Park told NBC that nuisance laws exist in more than 30 states. No domestic violence victim should need to choose between safety and homelessness. Calling for help already takes a massive amount of courage — and nobody should be punished for making that call.