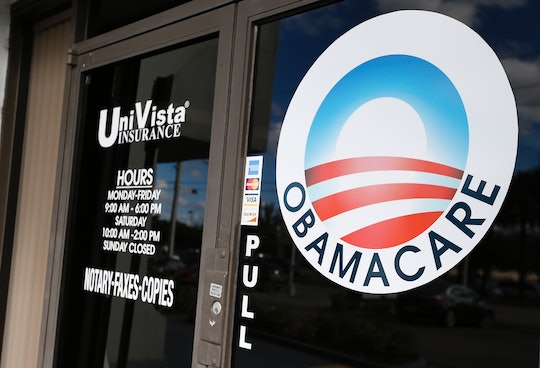 Number Of Uninsured If ACA Is Repealed Will Rise

While many have hailed 2016 as being the worst year ever, 2017 isn't exactly shaping up to be much better. With the inauguration of Donald Trump as President, and a Republican-controlled Congress, it seems that the future of the country is uncertain, at best. Especially since Republicans have made it their first goal of the new year to repeal the Affordable Care Act, aptly named for its ability to insure millions of Americans at prices that don't break the bank. And while Obamacare has proven to be life-saving for so many in the nation, there are still enough nay-sayers out there who want the act repealed. And, politics aside, a new report by the Congressional Budget Office (CBO) states that, in layman's terms, the number of uninsured if Obamacare is repealed would more than likely skyrocket over the next decade, despite GOP claims. And that number would only increase over the next ten years, with an estimated total of 32 million citizens without health care.

And as Congressional Republicans rush to repeal Obamacare, the CBO report could work to make their job harder. According to the report, one of the office's nonpartisan budgetary analyses for Congressional actions, along with a large increase in uninsured Americans,

Premiums in the nongroup market (for individual policies purchased through the marketplaces or directly from insurers) would increase by 20 percent to 25 percent—relative to projections under current law—in the first new plan year following enactment. The increase would reach about 50 percent in the year following the elimination of the Medicaid expansion and the marketplace subsidies, and premiums would about double by 2026.

So, what does this mean for Americans across the country, who just want fair and equal access to health care?

Well, in order to fully repeal the Affordable Care Act, Republicans in Congress would need to format a replacement plan, and as of yet, that hasn't been revealed.

However, in 2015 when Republicans also attempted to repeal the ACA with the Restoring Americans’ Healthcare Freedom Reconciliation Act (the legislation analyzed by the CBO), one thing was made very clear: the new law would still mandate that Americans with pre-existing conditions were not to be denied coverage based on that fact. Hopefully, if Republicans do get their way, this will remain.

And while Speaker of the House Paul Ryan has rallied around the notion of providing Americans with a better alternative to Obamacare, claiming that the ACA is "in a death spiral," it's unclear exactly how this would happen.

What remains is that Obama has gifted Americans of all creeds to be able to afford health care coverage, and Americans can only hope that his legacy will remain, no matter what Donald Trump attempts to change.